A slap in the face

IFP Editorial: The release of political activist Erendro Leichombam and journalist Kishorchandra Wangkhem from detention following the directive of the Supreme Court and Manipur High Court is certainly a slap on the face of the state government led by BJP’s N Biren Singh. 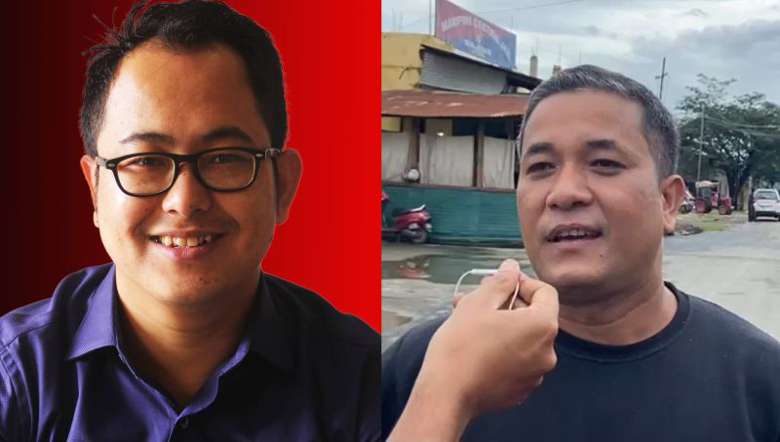 The release of political activist Erendro Leichombam and journalist Kishorchandra Wangkhem from detention following the directive of the Supreme Court and Manipur High Court is certainly a slap on the face of the state government led by BJP’s N Biren Singh. Soon after the apex court ordered the release of Erendro Leichombam on a petition by his father, Kishorchandra’s wife had written to Manipur High Court. The Manipur High Court on Friday directed the interim release of Manipur journalist Kishorchandra Wangkhem who was arrested for a Facebook post on the death of a BJP leader due to COVID-19. A two-member high court bench comprising Chief Justice PV Sanjay Kumar and Justice Kh Nobin heard the petition filed by Kishorchandra’s wife Elangbam Ranjita and ordered his release with PR bond of 1,000 on or before 5 pm Friday. The letter petition filed by Kishorchandra’s wife Elangbam Ranjita to the Chief Justice and other judges of the Manipur High Court stated that while both Erendro Leichombam and Kishorchandra Wangkhem were arrested on the same grounds under the National Security Act, the Supreme Court had ordered the release of Erendro, but Kishorchandra continues to languish in jail. While ordering the release of Erendro, a Supreme Court bench comprising of Justice DY Chandrachud and MR Shah had observed that the "continued detention of the petitioner" would "amount to a violation of the right to life and personal liberty under Article 21 of the Constitution''. Besides ordering the immediate release of Erendro, the Supreme Court is now considering the matter of compensation and it has asked the state to respond to the same.

After the Supreme Court order, Kishorchandra’s wife had approached the state Home Department and District Magistrate Imphal West for revoking the NSA detention order slapped against her husband as the allegations against him were similar to Erendro's, which went unheeded. So, she went to the High Court and got the release order. It is worth remembering as to what led to the detention of Kishorchandra Wangkhem and Erendro Leichombam under the National Security Act. Following the death of state BJP President Professor S Tikendra Singh due to Covid 19 complications, the duo had commented on the futility of “cow dung and cow urine” as championed by certain BJP elements as protection against Covid 19. Their unsavoury comments, even though it did not mention S Tikendra, was in bad taste and everyone was left shocked. One may have differences of opinion with certain individuals or groups, but it certainly does not merit disrespecting the dead. The crime of Kishorchandra and Erendro was that they spoke ill of the dead and they posted it on social media. They are also known BJP baiters and were most of the time malicious in their posts and comments. They were initially arrested under the Indian Penal Code (IPC), but were let off on bail by the courts.

Following the release on bail, they were detained under the draconian National Security Act which was like using a 5 ton hammer to swat a fly. No court will allow such a blatant misuse of power. Given the track record of the N Biren Singh-led government, it has always been intolerant of unkind comments and criticism. Many have been hauled up and booked under various acts for posts in the social media. But the courts have most of the time rejected the flimsy charges. Something is seriously wrong with the higher echelons of the government and its legal advisors. Chief ministers or those in power are sometimes impulsive and act temperamentally. It is for the top bureaucrats and legal advisors to put a check on such impulsive behaviour by laying down the law of the land and the limits of power. It is because of their bad legal advice or unwillingness to lay the facts, that the state government is put to shame again and again.