Inequality in times of pandemic

Not necessarily from a political angle, the pandemic crisis has yet again uncovered within our very sight; the disparity between the hills and the valleys. 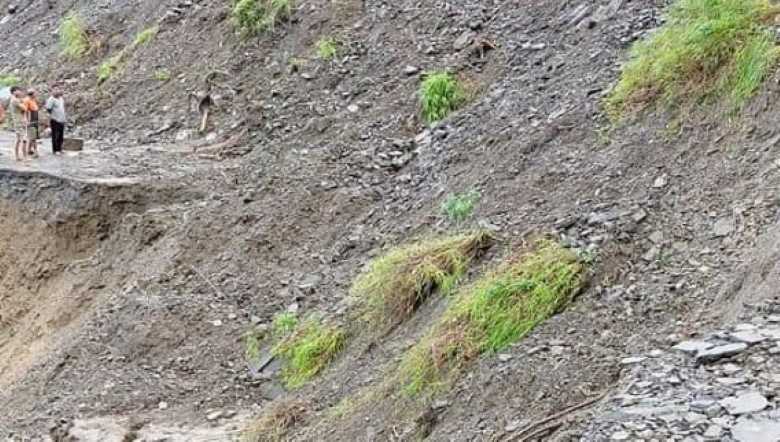 Heavy landslides hit movement of vehicles and people in the hills of Manipur amid the COVID-19 crisis.

As the whole world battles against the COVID-19 pandemic in these uncertain times, one way or the other, panic, confusion, and misinformation have done equal damage as the virus. While coupling up with this uncertainty, for some it has become a platform to polish their iron fist, while for some it has opened an opportunity to further their political scheme, but for common folks, it has become a moment of epiphany that fully revealed the failed system.

In an attempt to address the current pandemic crisis, no doubt, the state of Manipur is channeling its available resources, and alongside the effort of the state, we are also witnessing a reciprocal effort on the part of the civil societies in this fight. The sense of cohesive spirit among various sections of the communities in some sense seems to be renewing as well. But it is also hard not to miss the blame-game that is being played out at various levels, from the bottom to the top.

Not necessarily from a political angle, the pandemic crisis has yet again uncovered within our very sight; the disparity between the hills and the valleys. This is not to deny the hardship and suffering that we all shared, but comparatively, the ordeal that the hill people faced tends to be much greater as compared to that of the valley dwellers.

Since the formation of modern Manipur, the approach of the state planners towards its development model has always been asymmetrical. It is a hard fact that the hill areas have been ignored and denied basic modern needs such as healthcare, education, and infrastructural development, literally. And to this day, the socio-economic Justice and equity seem to be an elusive hope.

Now we see, the problem is no longer about the visibility of these issues but rather a systematic apathy of the majoritarian politics. When such issues are being raised, the only remedy that was offered has always been a cosmetic solution without necessarily addressing the core fundamental issue. However, the real matter lies within the fundamental structure of dominance relations.

And, while the hill people squabbled over a meager share of funds, lest we fail to recognize the greater force that is running at a higher level, where the power is extremely centralized. Further, even at the village level, the locals are not free from politicians nor bureaucrat’s despotism and nepotism, by excluding the people in the decision-making process.

It seems the developmental approach has never been people-centric or in their own terms per se. Consequently, the centralization of power enables the imbalanced distribution of resources, that only increases the gulf between the hills and the valleys, and also the poor and the rich.

No doubt, this fight is a collective effort of all the conscious citizens, but it is also disheartening to see the poor villagers with their limited resources swimming against all odds. Not to mention the poorly maintained quarantine centers and the substandard tents in the villages (in this rainy season), the non-availability of healthcare facilities and transportation ordeal have caused deeper suffering in the hill areas. This may be the case now, what lies ahead raises more questions than answers.

What’s next? While adjusting to the new reality, if the state fails to reflect on its policies that address the fundamental issues, another form of crisis is bound to emerge after this pandemic.