Preparation for 2022 election has begun, vacant post of MPCC president will be filled up soon: Congress

AICC Manipur in-charge Bhakta Charan Das said that BJP has no constitutional right to sit in power and there is no question of joining BJP by Congress MLAs. 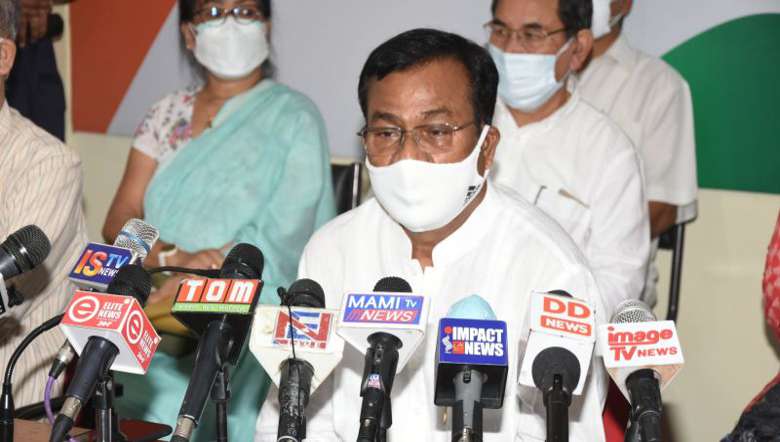 All India Congress Committee (AICC) Manipur in-charge Bhakta Charan Das said that preparation for the coming 2022 election has begun since Thursday and the roadmap for the election will be ready in the next seven days.

He was speaking during a media interaction held at state Congress Bhavan located, BT Road on Thursday.

Responding to the media, Das said that the post of Manipur Pradesh Congress Committee (MPCC) president will be filled up as soon as the resignation of Congress MLA, Govindas Konthoujam is officially received.

He said that the state BJP has no constitutional right to sit in power and there is no question of joining BJP by Congress MLAs. Such type of issues and discussion has no value as BJP never gives priority to bring welfare for the people but to remain in power.

He also appealed to the 12 parliamentary secretaries to respect the situation and the constitutional rights.

After July 26, Congress party will let the people know to take necessary steps for betterment of the people in the state, he added.