Food sovereignty of the people cannot be compromised with mere compensation which needs to be considered by the ADB and the state government, YFPHR stated. 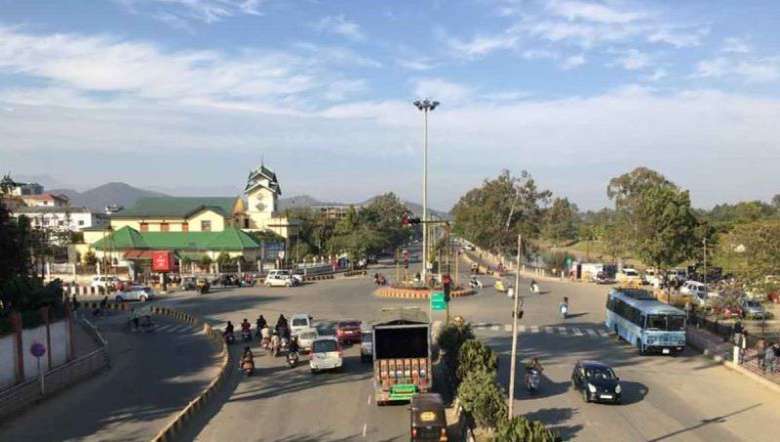 Youth's Forum for Protection of Human Rights (YFPHR) on Thursday draw the attention of the office of DC, Imphal West to postpone the deadline for seeking public suggestions or opinions of the people for undertaking construction of portion of Imphal Ring Road (Langjing to Ghari via Lamjaotongba and spur to FCI Godown) through direct purchase of land with Asian Development Bank (ADB) funding.

“In Manipur, we have learned from various projects which are funded by the ADB, violated the rights of the indigenous peoples by destroying large scale forest, hills, paddy land etc. which are the sources of livelihood for the people of Manipur,” YFPHR stated in a release signed by its president Kh Phajaton. Without considering the same, the initiative of the DC, Imphal West vide letter no. DC(IW)/6/3/IRR/LA/2021 dated July 16, calling for suggestion within 10 days is considered as an act to suppress the participation of people in decision making processes in development projects knowing the fact that COVID-19 lockdown will be imposed from July 18, 2021 for 10 days.

YFPHR stated that it is not the right time to seek opinion or suggestions from the affected general public who are psychologically, mentally and physically affected by this pandemic and also struggling for their lives for daily basic needs.

The project of ADB earlier has already compromised large scale cultivable land in Manipur without providing alternative arrangement for the paddy production which used to be produced from the proposed area, and it is considered yet another violation of right to food, it stated. Food Sovereignty of the people cannot be compromised with mere compensation which needs to be considered by the ADB and the state government, it added.

Food sovereignty of the people cannot be compromised with mere compensation which needs to be considered by the ADB and the state government, YFPHR stated.

“We would like to remind the ADB and the state government that it is mandatory to obtain free, prior, and informed consent of the people and to make the public aware of the Detail Project Report (DPR),” it further stated.

The youth of the state can no longer comprise destruction of wetland, paddy land and forests in the name of development. YFPHR appealed to the concerned DC, Imphal west, ADB and government of Manipur to consider the mentioned facts and to postpone the deadline until the affected people are ready to participate in the decision making process soon after COVID-19 crisis recovers in the best interest of the people.