How Covid-19 pandemic has affected lives of students in Manipur

Looking at the present condition of Manipur, there is no better way of learning than classroom learning. 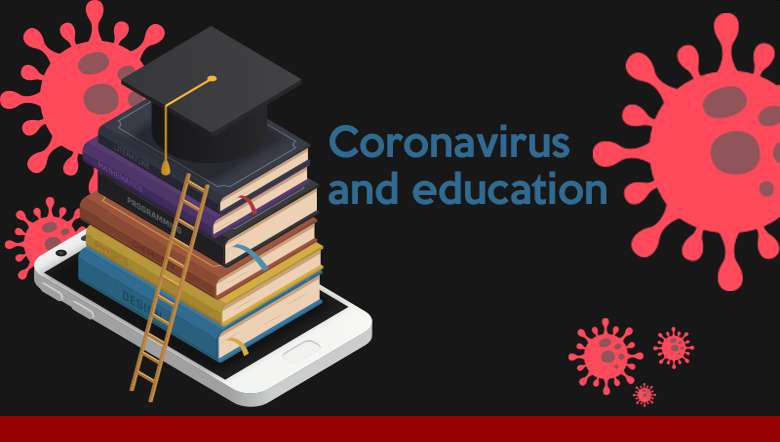 With the price of petrol being hiked to Rs 105 in the state, schools, churches, temples and several business institutions closed till now, this second wave of the novel coronavirus, as we're all aware, has made a huge damage to the national economy and the lives of the common people. Among other things it has damaged, the adverse effects on students all over the country and the state is most heart-rending.

Compared to the damages it has done to students at the dawn of imposition of lockdowns and curfews this year, it has increased far more by now. Because they (pupils) at least studied for some hours, did some home workout, continued practising the good manners they were taught in school at the dawn of the second wave which were during the months of April-May, but now, as lockdowns are extented continuosly and it has been months since they didn't go to school, they gradually seem to lose their reading habit, manner, knowledge, and almost everything they possessed prior to the coming second wave.

The following are some points on how the pandemic has impacted students so far:

Covid has affected students in countless ways as we all know. It has affected the learning process. But one good thing schools and colleges came up with is the taking up of online classes. This has helped the learning process undisturbed. Classes are being taken through Zoom, Google Meet, WhatsApp, and other social media platforms and this has helped students in a lot of ways. Not only online classes but online exams have been taken. Some weeks ago, DM University conducted its online exam probably for the first time. Various learning institutions have taken up steps to make sure its learners keep learning in spite of the pandemic and that they don't have to waste time unnecessarily.

But online learning or online classes and classroom learning or traditional classes cannot be compared. When examining the present condition of students of this state, they seem to derive more benefit from traditional classes than from online classes. I'm not saying online classes are absolutely not helpful, though. As I've mentioned before, it's online classes that keep students learning in spite of their inability to go learn in school because of the pandemic. But students seem to enjoy meeting with their professors and peers in person, or learn better in a face-to-face setting. Besides, there are places where the internet connection is really bad and students from those particular places had to miss all the classes and opportunities done online. And there are students who cannot afford to buy smartphones. Therefore, looking at the present condition of Manipur, there is no better way of learning than classroom learning. It is hoped that the pandemic ends very soon so students can resume their traditional classes.

An American evangelist, Billy Graham used to say "When wealth is lost, nothing is lost; when health is lost, something is lost; when character is lost, all is lost." When the character, the manner of a person is lost, though he might be educated or rich or skilled, he has lost his dignity. Every place I went during this pandemic, I could see lots of kids and young learners misbehaving and failing to keep their manners. The other day I was walking around a locality to get some fresh air. I was on phone talking with a friend and there was a 6-7 year-old-looking boy near me. As I was on phone talking, he mimicked every word that I uttered. Being a little agitated, I turned to him and told him to stop mimicking me. But he became worse than before and started using swear words on me. I still have no idea what made him act that way. My first instinct was to slap him or give him some rough punishment but I hardly restrained myself from doing it. I thought for a moment and talk to myself how the pandemic has altered the behavior of kids in a very wrong way. If this (lockdown) goes on it could have a tremendous impact on the attitude of students.

With confirmed positive cases rising to 1,327 on July 21 and total confirmed positive cases still at its apex, there is no hope that Covid's second wave would leave us very soon in spite of the measures taken up by the state government. Therefore, the responsibility of parents in disciplining their kids has become immense. Disciplining a child means teaching a child what is acceptable behaviour. There is no possible way that parents can control every move their kids make or everything their kids say, especially outside of their home. Children have their own free will and will act on their own accord—and often in self-interest. But they can influence them by the limits they set and the consequences they give. As James Lehman says, “You can lead a horse to water, and you can’t make him drink—but you can make him thirsty.” In my opinion, particularly during this pandemic, parents should take parenting task seriously and do whatever it takes to discipline their kids. For nobody wants to be accused of raising a spoiled brat.

Immoderate use of phone

A research team showed that young people (university students aged 20-36) used their mobile phone 6h/day on average before lockdown, increasing to over 8h/day on average during the lockdown. Not only university and high school students but even kindergarten students (aged 3-7) have begun to use mobile phone excessively. Some parents let their kids watch cartoons on YouTube to keep them away from disturbing them. This method is great until the child gets addicted to watching that little device. Some rich parents even buy a separate phone for their kids so their kids don't mess with their phones. And when their kids get addicted to it, they would be the ones scolding and ranting at them for spending too much time on their phones. If parents want their children to stop using smartphone, they themselves should refrain themselves first from using one, said a child Psychiatrist Director. This doesn't mean parents should not have a phone, they should have it but they should do everything to keep their kids away from touching it or from being addicted to it.

Excessive use of phone has become one of the main problems of students during this pandemic. Several articles have been written over the side-effects of excessive use of mobile phone but it seems people just don't care about it. Well, it's something we have to seriously ponder and put into practice. Because when we think of the side-effects it has on us it's frightening. The constant usage of mobile phone affects your vision, disturbs your sleep, affects your mental health and affects brain activity. Students in particular should take this matter seriously and give only a little time on their small screen. In case a student can't abandon it, it's crucial he limits his phone use. More time on reading book must be spent, students should practise writing essay, letter and application and should maintain a journal if possible. This way, they should derive benefit from the ongoing lockdowns and curfews.

The writer can be reached at mmltouthang@gmail.com