Why not a third LS constituency

IFP Editorial: Leishemba Sanajaoba might be a first time MP in the Rajya Sabha, but one must not forget the fact that he represents the cultural and historical legacy of a once independent kingdom which held sway at the crossroads of South Asia and Southeast Asia as the titular ruler. 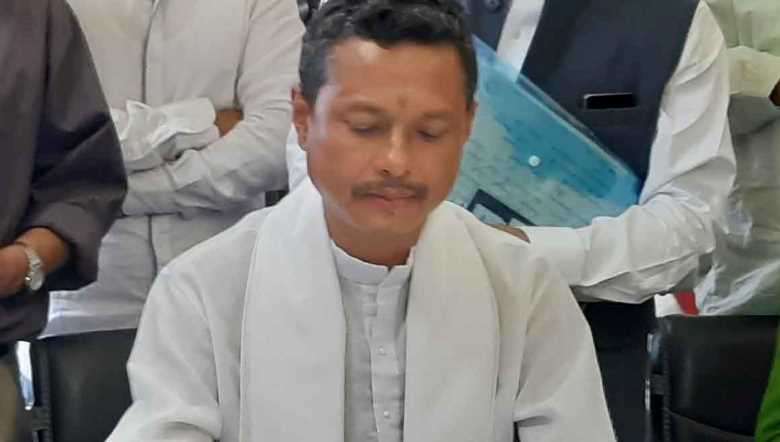 The Rajya Sabha MP from Manipur and titular king of Manipur Leishemba Sanajaoba had been raising important issues of the state ever since he was elected. In his first, he drew the attention of the Upper House during the zero hour to set up a special task force to conserve and protect archaeological sites and historical monuments of Manipur. He said the archaeological sites and historical monuments of Manipur need to be protected. Under the Manipur Ancient and Historical Monument and Archeological Sites and Remains Act 1976, Manipur State Archaeology (MSA) has been protecting a total of 63 archaeological sites and historical monuments. He, however, has not raised the issue of Kangla as a World Heritage Site. It has been a long time since the state government has been pursuing the case of Kangla as a World Heritage site. A World Heritage site is a natural or man-made site, area, or structure recognized as being of outstanding international importance and therefore as deserving special protection. Next, MP Leishemba Sanajaoba raised the demand for declaring Manipuri as a classical Indian language and as an associate official language in the state of Assam is very important and timely for furthering the development of the language.

Local linguists say, Manipuri language fulfils all the four criteria set by the Union Government for eligibility as a classical language. Most recently, he demanded the inclusion of the eight assembly constituencies now clubbed with the Outer Manipur Parliamentary constituency to Inner Manipur constituency.

Sadly, all these important issues were raised either during the Zero Hour or as a Special Mention. Leishemba Sanajaoba might be a first time MP in the Rajya Sabha, but one must not forget the fact that he represents the cultural and historical legacy of a once independent kingdom which held sway at the crossroads of South Asia and Southeast Asia as the titular ruler. And he must be given a befitting space and importance in the Indian Parliament as promised by national BJP leaders during the election campaign.

Secondly, they are also deprived of the opportunity to put up a candidate of their choice who they believe would work in public interest. It is this frustration that gave birth to organisations such as the “MP Candidate Demand Committee”, which justifiably is demanding for reversion of the eight Assembly segments to the inner Manipur parliamentary constituency. The question now is, why go for inclusion of the eight assembly constituencies to Inner Manipur constituency when we could go for another Lok Sabha constituency based in the valley. In the bigger states, the average number of voters in a parliamentary constituency is 12-18 lakh voters while in smaller states it is 4-8 lakh voters. The total electorate in Manipur is about 17 lakhs and if we divide it into three constituencies it will be about 5.60 lakhs per constituency.