The final judgment regarding disqualification of some MLAs will be declared on July 26. There are chances to form the government by the Congress after the final declaration of the judgment as 12 MLAs of other parties are going to be disqualified, Das said. 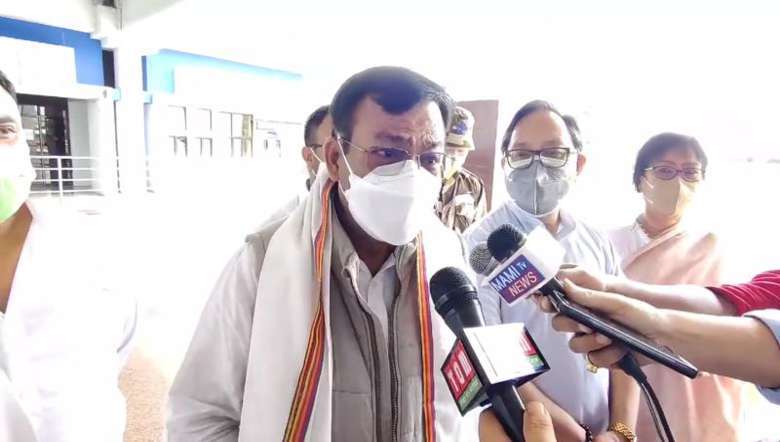 Barely a day after Manipur Congress president Konthoujam Govindas resigned from his post, All India Congress Committee (AICC) Manipur in-charge Bhakta Charan Das arrived in Imphal early Wednesday, and said that new developments in the state party will be seen within a few days.

Addressing the media on the sidelines of the reception by party leaders, Bhakta Charan Das said the main purpose of his visit to Imphal is to reorganise the party so as to strengthen its stronghold in the state.

“The final judgment regarding disqualification of some MLAs will be declared on July 26. There are chances to form the government by the Congress after the final declaration of the judgment as 12 MLAs of other parties are going to be disqualified. To discuss this matter minutely, the decision to visit Manipur was made,” Das said.

The AICC leader also said that various other aspects of the party will be discussed in view of the upcoming general election.

When asked about the resignation of party president K Govindas, Das said the AICC is much concerned about the issue because every member should be a responsible person and need to maintain discipline. The matter will be discussed during his stay in Imphal. However, there are no changes amongst leaders of Congress Legislative Party (CLP) so far, he said.

On the other hand, MLA K Meghachandra told the media at Hotel Classic Grande that there is no instability amongst MPCC and no Congress MLA has sought resignation from the party so far. The MPCC president tendered his resignation from his post on personal grounds and the resignation letter was submitted to AICC leader Sonia Gandhi.

The matter regarding the president post would be resolved soon as AICC Manipur in-charge has also arrived in the state capital. If the resignation of the MPCC president is approved then any senior member could be appointed in his place, he added.

New developments will be seen within a few days and it will be declared in public domain through the media as soon as possible, said Meghachandra, adding that there is no complaint from the Congress MLAs in connection with the changing of CLP leaders.

Later in the afternoon, Das held a meeting with MPCC leaders in the presence of CLP leader Okram Ibobi at Manipur Congress Bhawan to take stock of the present condition of the party.