The development in the Manipur Congress party comes ahead of the final hearing of the petition filed by the Congress party for disqualification of 12 parliamentary secretaries due to he announced on July 26. 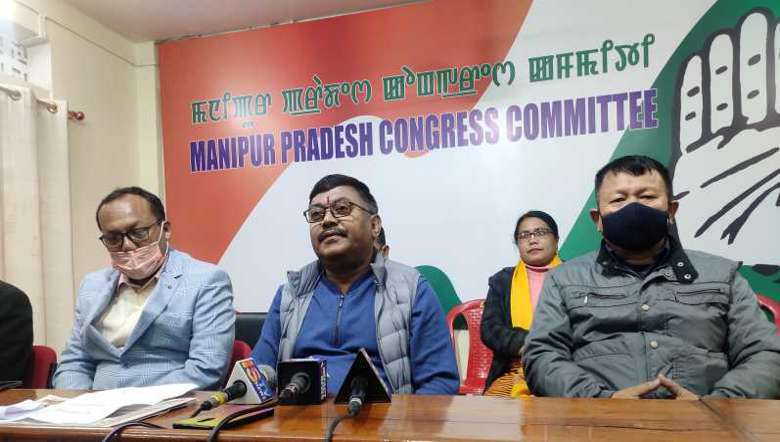 The Manipur Pradesh Congress Committee (MPCC) is in deep trouble after reports that Govindas Konthoujam had resigned from his post as party president on Tuesday.

Reports of the MPCC president’s resignation along with three other MLAs have been doing the rounds in the social media since Monday.

While there is no official confirmation from the party high command or MPCC yet, a news agency on Tuesday tweeted that Govindas tendered his resignation. The agency also reported on the likelihood of eight Congress MLAs to follow suit.

Reports of Kh Joykishan quitting the party along with other party leaders were also doing the rounds. However, when the Imphal Free Press contacted the Congress MLA over the phone to ascertain the news, he said that the news about him leaving the party was not true.

Also, when asked about party leader Govindas resigning from the post of MPCC president, Joykishan said he had no idea till the filing of the report.

A spokesperson of the state Congress party said the MPCC has not received any official statement in connection with Govindas’s resignation. Nevertheless, the spokespersons revealed that they have unofficial reports of Govindas tendering his resignation in New Delhi.

According to reports, several Congress party leaders in the state are set to join the Bharatiya Janata Party (BJP).

While it is being speculated that Govindas may join the BJP, interestingly, only recently, Govindas posted a video on Facebook which was captioned “Exposing N Biren Singh’s Hypocrisy”, and twitted the same on June 15.

The development comes ahead of the final hearing of the petition filed by the Congress party for disqualification of 12 parliamentary secretaries due to he announced on July 26.

The apex court is likely to dispose the case in which the petitioner (Congress party) seeks disqualification of the MLAs holding the office of profit.