The digital divide and COVID-19

IFP Editorial: It remains unclear who authorised the opening of schools with the state authority yet to issue any official statement. However, the problem is poor mobile connectivity and almost no internet access in the sub-division while both parents and teachers were mostly concerned with the closure of schools 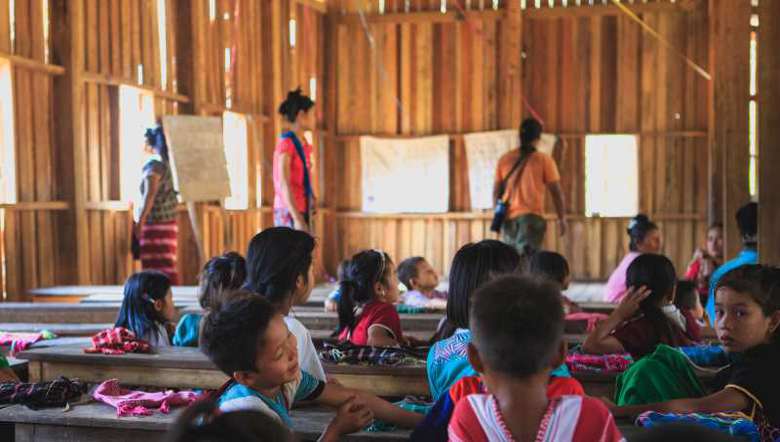 While we are occupied with the unrelenting surge of Covid-19 positive cases in the valley districts, we have been blind to the rapid rise of cases in the interior parts of the hill districts. Churachandpur district is of course a hotbed of the pandemic among the hill districts. Just the other day, a total of 171 cases are reported from the remote Tousem sub-division of the Tamenglong district. Tamenglong is the least developed district in the state while Tousem sub-division is known for its inaccessibility in terms of transport and communication. As many as 25 cases, including 19 students and two staff members were detected from a private school in Tousem village – Wisdom English School. How did this happen? It was learnt that apart from Wisdom English School, other schools in the sub-division, including a residential school at Mpa village, were also operating with students from several villages attending the classes in total violation of the government order issued under the Disaster Management Act, 2005 in the fight against the COVID-19 pandemic. The Manipur government on June 1 had ordered closure of all schools (government, government aided including private schools) located in the state with immediate effect in public interest.

It remains unclear who authorised the opening of schools with the state authority yet to issue any official statement. However, the problem is poor mobile connectivity and almost no internet access in the sub-division while both parents and teachers were mostly concerned with the closure of schools and students adrift with nothing else to do. Online class is simply not possible in the region as poor villagers have no access to digital learning due to lack of internet facility. The Tousem village authority chairman told the Imphal Free Press that other schools like Tousem High School and Primary School at Tousem are also conducting special coaching classes, as online class facilities are not available for poor villagers. Tousem sub-division lies about 42 km from Tamenglong HQ. The poor people of this remote sub-division, who have been long deprived of proper roads and modern infrastructure, have no access to internet connectivity to avail online classes. Hence, the effort to provide education to the village students, whatever be the consequences.

It has over been a year since schools and colleges were forced to shut down in view of the pandemic. The pandemic has brought the digital divide in the country to the fore and made education a privilege available only to a few. Lack of smartphones, data costs, technological literacy, mobile connectivity, increased screen time, non-academic distractions and other social ills have exacerbated the problem. Notwithstanding the huge push, only one third of India’s school children are pursuing online education and a smaller cohort of this 32.5 per cent are doing live online classes, the Annual Status of Education Report showed underlining how the digital divide is still wide in the school sector. While just 11% of all the students enrolled in both private and government schools were using online classes, another 21.5 per cent were using videos or recorded classes. And if you take the government school children alone, then only 8.1 per cent enrolled children were using online classes across the country. And this despite the smart phone ownership in students household jumping significantly between 2018 and 2020, the ASER report by education non-profit Pratham showed. The report further said though although a lot of digital content has been generated and transmitted to help children continue to learn, there is limited evidence on the extent to which this content is reaching children; whether they are engaging with it; and the impact it is having on their participation and learning. Well, this is about those who have access to smartphones and cash to charge the data costs. What about those who do not have smartphones or where there is no connectivity.