Ngangom Bala, who is the star forward for the Indian Women team is currently playing for Rangers Women's FC in Scotland. 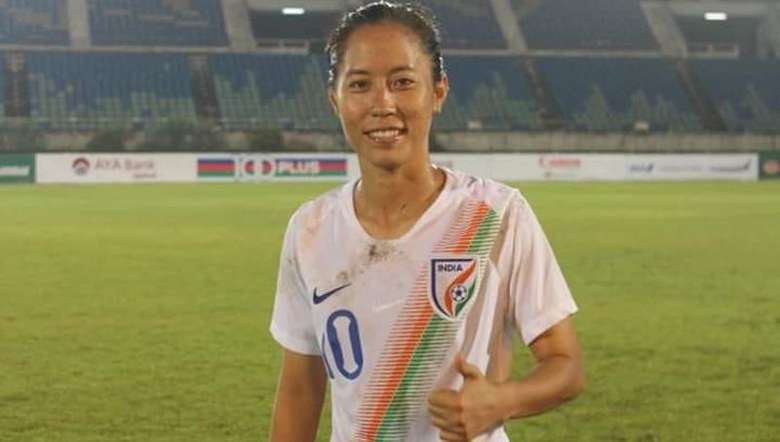 International women footballer Ngangom Bala Devi has been named as AIFF Women's Footballer of the Year 2020-21.

Ng Bala, who is the star forward for the Indian Women team is currently playing for Rangers Women's FC in Scotland. She made the contract with the Rangers Women's in February, 2020 and created history as she scored her competitive goal for the team in December. She remains the first Indian women footballer to sign a professional contract in Europe football circuit.

Bala was recently promoted as inspector from the rank of a constable in Manipur Police department and she represented Manipur Police Sports Club in several leagues and tournaments organised by All Manipur Football Association (AMFA).

Meanwhile, AMFA sent a warm greeting and congratulation to Ngangom Bala on winning such a prestigious award for the federation.

AMFA general secretary L Jyotirmoy Roy said that AMFA wished and prayed that Bala continues to inspire and motivate young footballers from the state in the future.