N Biren Singh said that the Opposition apparently planned to sabotage and disrupt the Central government’s sincere effort to introduce important Bills, which would bring welfare to the people of the country 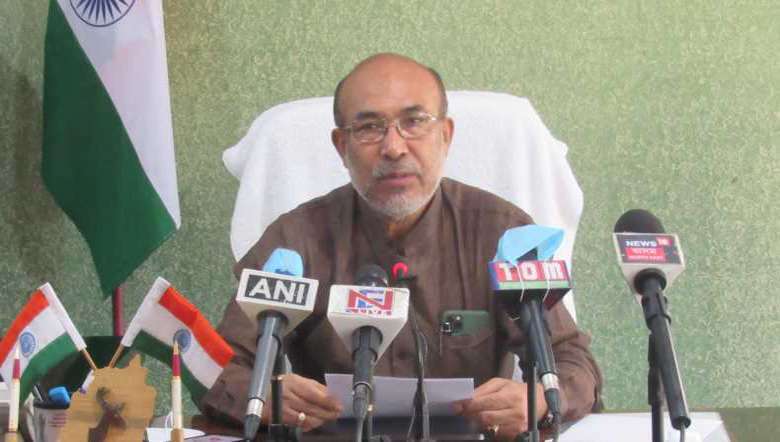 N Biren said that the Opposition apparently planned to sabotage and disrupt the Central government’s sincere effort to introduce important Bills, which would bring welfare to the people of the country, especially to those belonging to weaker sections, farmers, STs, SCs, OBC, etc. under Prime Minister Narendra Modi’s leadership.

CM Biren said, for the first time in the history of the country, the government under the leadership of Narendra Modi gave priority to women, OBCs, SCs, minorities and the Northeast people in the Cabinet reshuffle. However, the Opposition disrupted the proceedings of the Parliament when the Prime Minister tried to introduce his new Cabinet Ministers, and it was really unfortunate, he maintained.

It is pertinent to question why the report of Pegasus Leaks did not happen earlier but came up only a day prior to the beginning of the Monsoon session of Parliament. As such, it is doubtful whether it was especially planned by some vested interest groups with a sinister design to disturb the Parliament knowing that the government was about to introduce welfare Bills, he said.

N Biren Singh also appealed to all concerned to cooperate towards smooth functioning of the Parliament so that these Bills are passed without any disturbance.