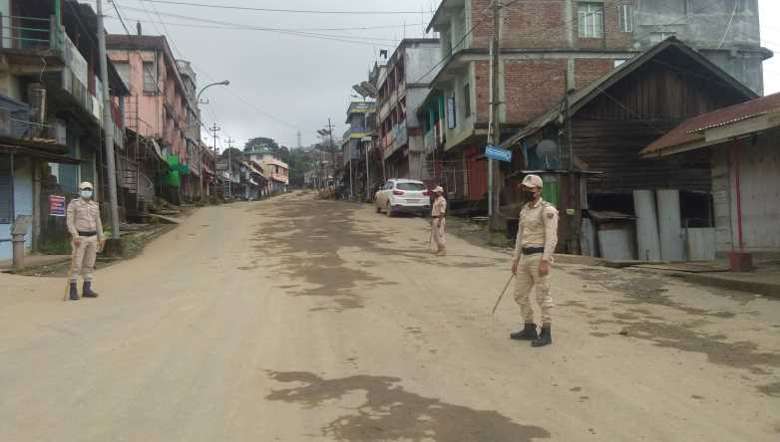 Of the total Covid-19 active cases, 171 cases are reported from Tousem sub-division. It may be mentioned that as many as 25 of the total active cases, including 19 students and two staff, were detected from a private school in Tousem village – Wisdom English School. It was reportedly running regular physical classes since July first week.

It was learnt that apart from Wisdom English School, other schools in the sub-division, including a residential school at Mpa village, were also operating with students from several villages attending the classes in total violation of the government order issued under the Disaster Management Act, 2005 in the fight against the COVID-19 pandemic.

The Manipur government on June 1 ordered closure of all schools (government, government aided including private schools) located in the state with immediate effect in public interest. The order was issued in view of the prevailing situation of the second wave of COVID-19 pandemic in the state.

When contacted, the district administration told the Imphal Free Press that the schools were closed and the infected students being quarantined.

It remains unclear who authorised the opening of schools with the authority yet to issue any official statement in connection with the incident. However, sources informed that the sub-division does not have access to internet facility.

“Parents and school authorities say that online class is not possible in the region as poor villagers have no access to digital learning due to lack of internet facility,” Sub-Divisional Officer, Tousem, Paul Nangsha told the Imphal Free Press.

The Tousem village authority chairman also told the Imphal Free Press that other schools like Tousem High School and Primary School at Tousem are also conducting special coaching classes, as online class facilities are not available for poor villagers.

Tousem sub-division lies about 42 km from Tamenglong HQ. The poor people of this remote sub-division, who have been long deprived of proper roads and modern infrastructure, have no access to internet connectivity to avail online classes. Hence, the effort to provide education to the village students, sources said.

On further investigation, it was found that the locals refused to follow Covid-appropriate behaviour and SOP laid down by the government to contain the spread of the disease in the state.

Speaking exclusively to the Imphal Free Press, Tamenglong Chief Medical Officer Dr G Majachunglu said, “People refused to follow SOP laid down by the government. More and more positive cases are likely if some schools and churches reopen. We visited Pallong village and Sonpram village. Many people in these two villages are moving around without wearing face mask”.

The CMO fervently appealed to all citizens of Tamenglong to strictly follow SOP and avoid going out of their house, except for emergency cases.

On Sunday, the All Tousem Students Union alleged in a statement that Wisdom English School in Tousem sub-division was running classes regularly amid the pandemic. It further stated that there were many students attending the school from nearby villages and among them some suffered COVID-19 symptoms earlier. However, the managing board and founder of the school, Dr Aku Newme, kept the school functioning against the government’s order and resulted in the situation of COVID-19 infection among the students and staff.

ATSU also stated that it had earlier urged the village authority, village level task force, youth clubs and other students’ unions to monitor the respective villages on SOPs to be followed.

Stating that online classes will continue as usual, the government order states that all coaching classes and private tuition for school students located within the state as well as all boarding and hostels in schools and private hostels accommodating students will continue to remain closed.

It may be mentioned that recently Tousem was in the news for lack of development and its deplorable road condition owing to the monsoon rain. The state government was slammed by the Opposition for neglecting the people of Tousem sub-division.

Meanwhile, the 10-day total curfew announced by the state government is strictly enforced in the district Tamenglong.