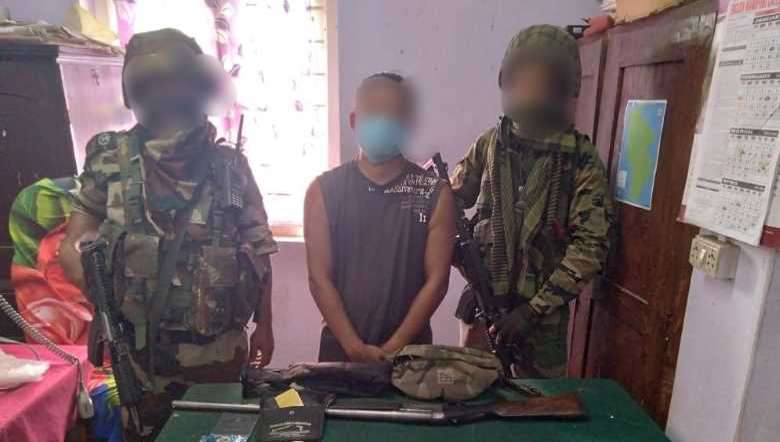 During the patrolling, the troops noticed an individual moving in a suspicious manner, and upon being confronted he tried to escape.  After he was stopped and searched, the troops seized one 12-bore rifle, 19 rounds of ammunition and 248 WIY Tablets worth Rs 74,400, IGAR (South) stated in a release.

The apprehended drug trafficker and the seized items were handed over to Bishnupur police station for further legal action, it added.

The release from IGAR (South) further stated that Kangvai Battalion AR apprehended an active insurgent of KCP (N) in Bishnupur district on Saturday.

Acting on specific input from reliable sources, troops of AR along with Moirang Police personnel launched an operation during which the insurgent was apprehended.

The apprehended insurgent has been handed over to Moirang Police Station for further investigation, IGAR (South) added.