Youth Congress state general secretary, P Bankimchandra Meitei said that the financial package must be announced at the earliest if the state government is seriously concerned about the people and COVID-19 pandemic. 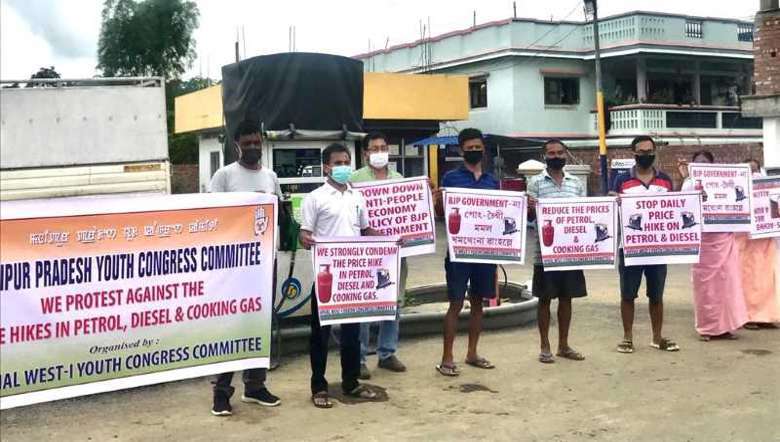 Addressing the media, Youth Congress state general secretary, P Bankimchandra Meitei strongly criticised the present Modi-led BJP government and tagged various government policies as anti-poor policies. He said that all the policies and programmes of the BJP government are corporate-friendly and the PM himself always stood for his selected billionaire friends while betraying the poor people, farmers and youths of this country.

He continued that the BJP government in the state led by chief minister N Biren also follows the same steps of Narendra Modi, as such people of state are in deep distress amid the pandemic.

"All the farmers and poor families are completely beyond their capabilities to afford daily needs due to the costly household basic needs. Skyrocketing price hike in most of the basic commodities has led the people mentally and physically disturbed adding extra burden in their lives,” said Bankimchandra.

He continued that concerning the hardship faced by the poor people, the Youth Congress Manipur has demanded the state government to announce some reasonable financial packages for the welfare of the public, which will also help in controlling the public from coming out of their homes during these critical days of the pandemic.

“Distributing few kilograms of ration items and some pieces of potatoes will not be able to make the public survive during this lockdown,” he added.

Bankimchandra said that the financial package must be announced at the earliest if the state government is seriously concerned about the people and COVID-19 pandemic.

Stating that the protest will be continued, he said that farmers are suffering the most in different parts of the state. With the larger interest of the public, the Youth Congress Manipur will intensify the protest if the government fails to materialise the demands.