H Deleep Singh took oath as the chairman of the Manipur Municipality Property Tax Board at a simple ceremony held at the Raj Bhavan on Saturday. 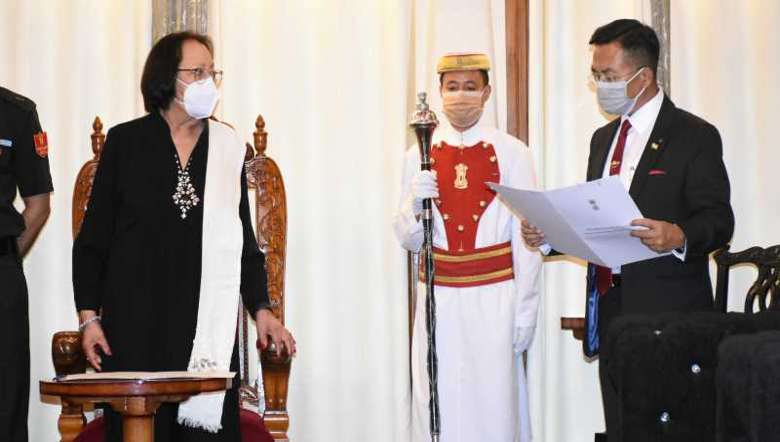 The Manipur government on Saturday announced the appointment of H Deleep Singh as the chairman of the Manipur Municipality Property Tax Board.

He will hold office of the chairman of Manipur Municipality Property Tax Board for a period of five years or until he attains the age of 65 years, whichever is earlier and the terms and conditions of service, including salaries and allowances shall be such as may be prescribed by the state government, stated an order issued by deputy secretary (MAHUD) Mohd Yasser Ahmed Khan.

He was appointed in exercise of the powers conferred under Section 100 C (l) of the Manipur Municipalities Act, 1994 and its amendments, it stated.

Meanwhile, H Deleep Singh took oath as the chairman of the Manipur Municipality Property Tax Board at a simple ceremony held at the Raj Bhavan on Saturday, stated a press note. The oath of office and secrecy was administered by governor Najma Heptulla, it stated.

The board is responsible for conducting the critical function of holistically devising the architecture and grounding of the procedures for efficient collection of property tax in harmony with the current digitalized environment in consonance with the applicable Acts and Rules, it stated.

The municipalities and other Urban Local Bodies (ULBs) have generally faced lack of sufficient resources to carry out their expected civic functions, it added.

The buoyancy of property tax is expected to be directly correlated to the growth and development of the municipalities and other bodies, it added.