Manipur CWC member Gaikhangam termed the present BJP government an "illegal government", but the Congress party has no intention at present to destabilise the ruling government. 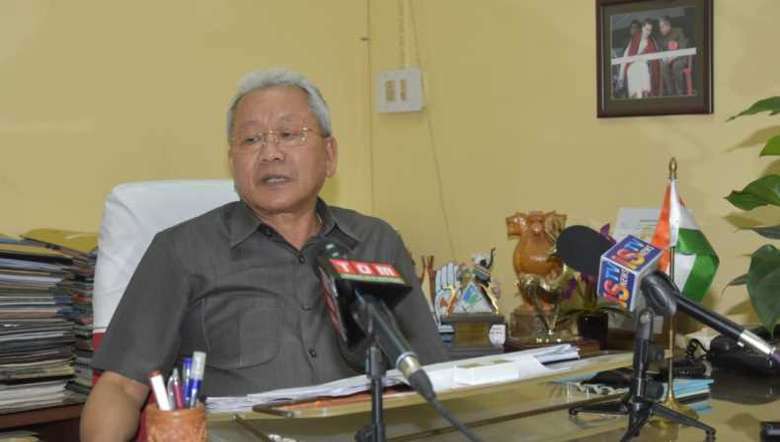 Manipur Congress Working Committee (CWC) member Gaikhangam on Saturday said that the state Congress party will win the 2022 state assembly election and preparations have been completed.

Gaikhangam was briefing the media at his official quarter in Imphal. He said the party had been framing strategies in tune with the interests of the people. He clarified that there is no leadership crisis within the state Congress party and it is cordially working towards the 2022 state assembly elections.

Although the state Congress party won maximum seats in the last state assembly election, the BJP formed the government by using different means, he added.

"The present BJP government is an illegal government and its formation was not backed by the Constitution. It was a blunder and it must not happen for the second time," he said.

Gaikhangam said the Congress party has no intention at present to destabilise the ruling government at the state and the Centre. The BJP should also be given the time to prove themselves that they are capable of resolving different issues prevailing in the country, he added.

However, it is known from the voices of the people through the years that they are not satisfied with different policies of the ruling government such as the demonetisation, price rise, GST and farmers issue. Besides, the GDP of the country has gone down to minus 24 per cent during the BJP government, he added.

Looking at the prevailing situation in the country, it seems like the NDA government has no vision in the field of economics, development and foreign policies, he added.

He said the BJP government, which has been ruling for about seven years, has degraded the status of the country which was raised by the then Congress government. The reason which he said could be due to the lack of governing skills in the BJP governance.

Gaikhangam further said the Congress party had played an important role for the development of the country since the time of Jawaharal Nehru and India has been among the developing countries and subsequently among the advancing nations.

The Congress party has been in governance for about 40-50 years though some other parties also formed the government in between. Therefore, the people are aware of the differences in the Congress governance and other governance under other political parties, he added.