The meeting between the chief ministers of Assam and Meghalaya is expected to fix the date for border talks between the two states. 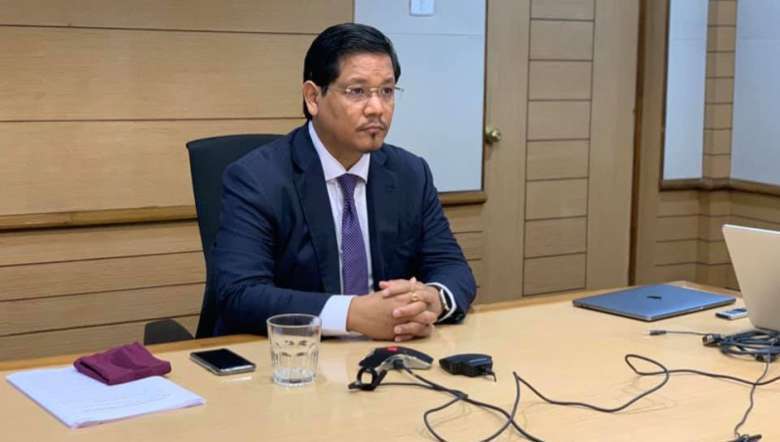 Meghalaya Chief Minister Conrad K Sangma on Friday informed that he would be meeting Assam Chief Minister Himanta Biswa Sarma to fix a date for the border talks between the two state governments.

“I will be meeting the Assam CM tomorrow evening in Guwahati. The meeting is again more of an unofficial level as I had mentioned. We have been having unofficial discussions on this very important subject many times and tomorrow is a continuation of that. While we sit we will also fix a date for our official meeting between the two governments,” Sangma told reporters.

The issue related to the boundary dispute was also discussed during the meeting of the Meghalaya Democratic Alliance (MDA) held ahead of the Union Home Minister Amit Shah’s visit to the state on July 24.

According to him, there is a need to involve different social organizations, headmen, nokmas as the government will have to go across the board to ensure more inclusion of the people who matter in the process.

Asked, the Chief Minister said that the state government would definitely discuss the long pending boundary issue with the Union Home minister.

“We will also be discussing many developmental issues that are there as the union home minister being the chairman of NEC. He is also very keen to discuss the afforestation and conservation works especially in Sohra area,” he said.

He further informed that all the Chief Ministers of the North East have been invited during Shah’s visit to discuss issues that are common to the region.

“Apart from that, obviously state specific issues including the eighth schedule, issue of the sixth schedule amendment – all these matters will also be discussed with the home minister,” he said.

Asked, the chief minister said, “This entire thing is a process and a lot of these decisions and discussions need to be done in an informal way. Therefore, I don’t want to show the cards right now but as I said a lot of homework has gone into how we plan to move forward on this. At this point in time, it will not be proper to discuss those details but as I said we are focusing on the fact that whatever solution we come up with must be an amicable solution and must be a solution that is going to be acceptable to the people of both the states.

So we are finding out if there can be a mechanism in that line.”

He however said issues of historical facts, constitutional issues, the population out there – all these factors will come into play but ultimately how will come to a solution is something that we are working out since it is an issue that has been there for 50 years.

Regarding the suggestion for setting up of a boundary commission, Sangma said the issue will also be discussed although it is not so simple.

“…this will require not just a commission – if you say a commission to look into the facts and figures but  it is a lot to do with the political will also – so we have to really see it from all angles - We could look into that suggestions also but nothing has been decided yet,” he added.