Students union seeks security intervention along IT Road in Manipur

Several innocent passengers, including students and transporters, were physically assaulted for not being able to pay illegal taxes and several kidnappings and killings had occurred for ransom in the IT Road area in the past years, the AZSU said. 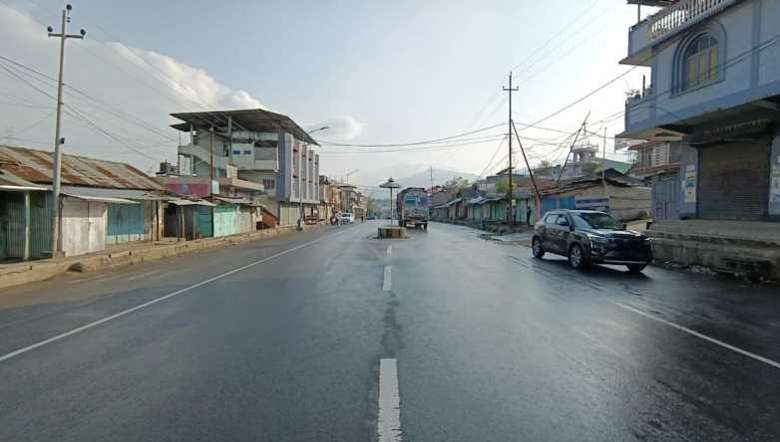 The All Zeliangrong Students Union (AZSU) has appealed to the general office commanding (GOC) Headquarter 3 Corps, Lieutenant General JP Matthew to look into the security matter of Imphal Tamenglong Road (IT Road) via Kangpokpi district headquarters.

Informing that most of the goods, including essential commodities and other developmental infrastructures, were transported through the road which had been used for public transport, the letter stated that the transporters are being harassed on a daily basis with heavy illegal taxes by anti-social elements who claimed themselves as underground or overground of many insurgent groups (whether under cease fire or SoO with Government of India) using sophisticated weapons.

The letter mentioned that many innocent passengers, including students and transporters, were physically assaulted for not being able to pay illegal taxes and several kidnappings and killings had occurred for ransom in the area in the past many years.

Due to fear of harassments, many good students had left their studies and many more are depressed and affected psychologically, rendering loss of their academic carriers, it added.

The recent incident along IT Road at Chalwa village and consequent ‘Deed of Agreement signed by Assam Rifles, CVOs and police official’ was an unwelcomed step, AZSU stated.

“Our people have been harassed, threatened by various UG groups operating along this road,” it added.

The letter further stated that the recent welfare activities by the Indian Army in these areas are praiseworthy as it would bring normalcy and prosperity once the activities of insurgencies/UGs are contained by deploying more forces in this area.

However, the instigation by insurgent groups to carry out their own vested interest, and some so called civil voluntary organisations demanding removal of security forces is too unbecoming and unfortunate, it added.

The letter stated that, “these inimical elements would certainly like to weaken the security setup along this road stretch to further their own extortion and illegal taxation regime.”

If such illogical demands which are planned by UGs are not dealt with, then it will open up new avenues for the insurgent groups to run a parallel government and exploit people in the IT Road area.

“It may also malign the reputation and image of security forces which tantamount to surrendering our sovereign rights and law to the few armed groups,” the letter added.