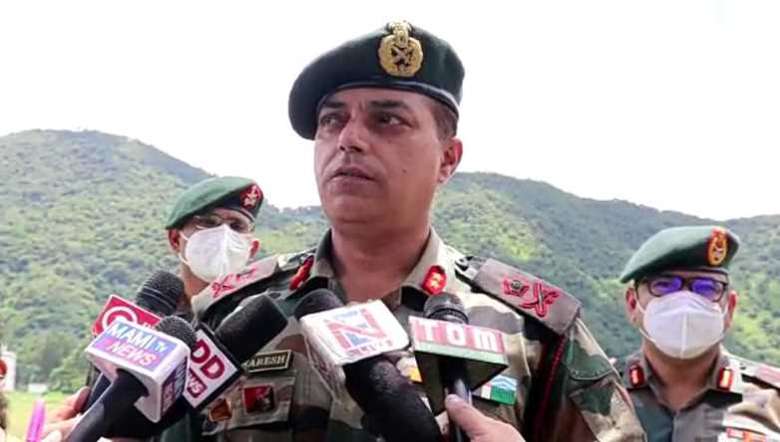 The spread of COVID-19 among security personnel of Assam Rifles in Manipur are "within control" as over 99 per cent of them have been administered the first dose of Covid vaccine and 94 per cent have been fully vaccinated, the IGAR (South) said.

"As almost all the personnel are vaccinated, the spread of virus among its personnel are within control," IGAR (South) Major General Alok Naresh told mediapersons on Friday at a programme held at MEPTA, Mantripukhri Garrison, Imphal.

Keeping with the ethos of the security forces as “Sentinels of the North East”, the Assam Rifles personnel have been at the forefront of various people centric activities in the state and other NE states.

The Assam Rifles has been undertaking an afforestation drive in Manipur as a part of the pan India programme, he said, adding that the pan India programme is in line with Prime Minister Narendra Modi's inspirational vision of bringing 26 million hectares of land under plantation by 2030 which he elucidated during the G20 summit in November 2020

The Assam Rifles personnel had planted around 70 lakh of saplings in the Northeast region and out of it, around 30 lakhs of saplings were planted in different districts of Manipur in 2020.

"It is pertinent to mention that IGAR (South) spearheaded the afforestation drive in Manipur wherein the troops of Assam Rifles planted over 96 per cent of the total saplings planted in the state in 2020," Naresh said.

To achieve this massive task, certain initiatives were undertaken by the Assam Rifles such as establishing its own nurseries in various operating bases as well as creating Van Vatikas to honour the fallen soldiers, he added

Continuing with the initiative, IGAR (South) will be planting 7.2 lakh saplings during 2021, the Major Gen said, adding to support this drive, new nurseries will be establish and Van Vatika’s along with creating vermicomposting pits to attain self-sufficiency with respect to afforestation.

Stating that by the end of 2021, there will be 127 nurseries, 62 Van Vatika's and 33 vermicomposting pits in various locations across the state, he said the Assam Rifles also planned to engage local communities to participate in the afforestation drive to educate and involve the masses in this very important ecological activity.

Moreover, the Assam Rifles is actively collaborating with the Forest department to give an impetus to the efforts of the state government's efforts for a greener Manipur, he said.

Maj Gen Naresh further said that the Assam Rifles had also been at the forefront to prevent deforestation in the state through frequent educative interactions with people at the grassroots level and by stopping the illegal trade in forest and wildlife products.

In a span of last one-and-half years, the Assam Rifles undertook 46 specific operations wherein forest produce, including timber and wildlife products, to the tune of Rs 213 crore have been seized, he said.

The Major General assured the public that the Assam Rifles is committed to upliftment through not only providing security but also by engaging in people centric and humanitarian efforts.

During the programme, a booklet entitled "The Guardians of the Environment" published by the Home Affairs Ministry were handed to the media persons present at the function