Congress leader T Mangibabu said the Speaker's actions will go down in history as an act of betrayal and blackening the ethics of the legislature. 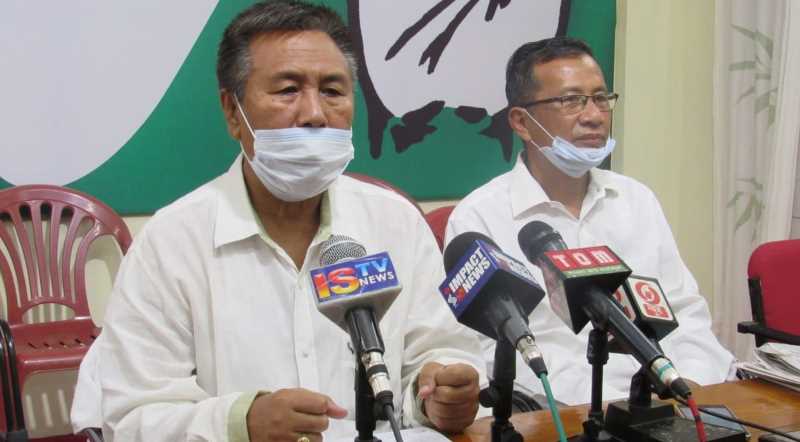 Manipur State Congress Committee member T Mangibabu on Friday alleged the Manipur Legislative Assembly speaker Y Khemchand Singh of misusing the power of legislature, and stated that his actions will go down in history as an act of betrayal and blackening the ethics of the legislature.

Speaking in a press conference held at its state party office located at BT Road Imphal, he said the recent Rajya Sabha election which was held for the lone seat for the state was conducted by suppressing the law by the power of the speaker. He alleged that the election was conducted by misusing the power of the legislature. It was like laws are being broken by the law maker, he added.

By misusing his power, Y Khemchand in the interest of one party, allowed to cast votes of 3 MLAs who were already disqualified while the remaining disqualified MLAs were not allowed to enter the assembly complex. He said a lawmaker should not do such acts beyond the ethics of the legislature.

He expressed his gratitude to the 24 MLAs who supported him for the Rajya Sabha election and he also gave his regards to the well wishers who supported the election.

For a democratic country, election is an important process in electing their representatives. If a ruling party of a government does not serve the people properly, then democracy allows the opposition party to move a motion to reform the government, he added.