The authorities concerned had inspected the sites of various cooperative societies to sanction funds for ICDP and many of them were approved. However, no opportunity has been given to such societies to grow under the central government projects, said one Irengbam Jamuna. 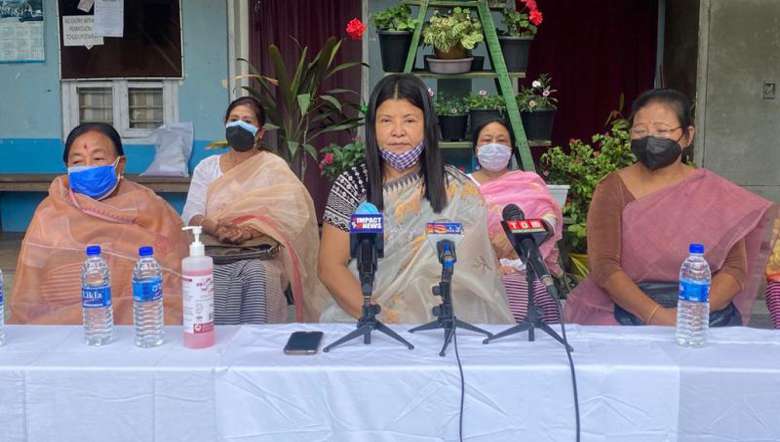 Addressing a press meet held at the workshed of Renu Handloom and Handicraft Cooperative Society Ltd on Thursday, its founder Renu Arambam said that many women of the state are working under various cooperative societies of the state.

The women weavers are playing an important role in promoting the state to the world through traditional handloom and handicraft, just like artists and scholars do in the field of art and culture and the way sportsmen glorify the state in the international arena, she added.

She continued that as the cooperative societies in the state are not getting any benefit from the state government; the societies for handloom and handicraft unanimously have sought the chief minister's intervention to take some proactive action in reviving ICDP in the state under NCDC.

The revival of ICDP would automatically generate income for the state as maximum women of the state are engaged in handloom and handicraft sectors, she added.

She also recalled that NCDC terminated ICDP in Manipur in 2004-2005, but fortunately the Centre had approved its resumption in 2017. The approval was made after Renu Handloom and Handicraft Cooperative Society Private Limited bagged ‘Lakman Rao Inamdar Cooperative Excellence Award’ in 2017.

Eventually, the central government had released funds for ICDP to six districts of the state in 2018, and the state government should be the guarantor of the loans given under ICDP. However, the cooperative societies for handloom and handicraft are not getting any benefit till date, she alleged.

Irengbam Jamuna, who works in Kontha Ahallup Khongyai Weaving Cooperative Society, said that many women are depending on these cooperative societies to meet their ends. As such, the state government should value this sector.

She further said that the authorities concerned had inspected the sites of various cooperative societies to sanction funds for ICDP and many of them were approved. However, no opportunity has been given to such societies to grow under the central government projects.