A total of 326 bottles of Indian Made Foreign Liquor (IMFL) and Distilled Indigenous Country (DIC) liquor, and 199 cans of beer during a raid at Sekmai bazaar. 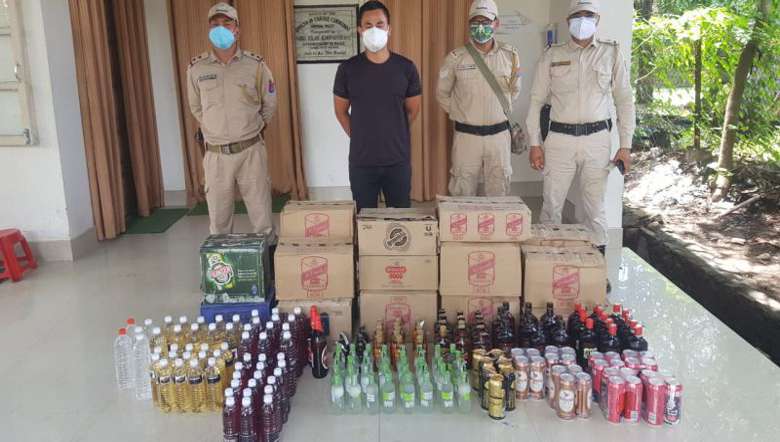 As many as 326 bottles of Indian Made Foreign Liquor (IMFL) and Distilled Indigenous Country (DIC) liquor and 199 beer cans were seized during a raid at Sekmai bazaar, Imphal West on Thursday, police sources said.

The liquor drive was conducted in the district by a commando team led by Superintendent of Police, Imphal West, S Ibomcha. The commando team recovered the liquors during a raid at one shop “Target” located at Sekmai bazaar around 11.30 am, the sources said.

The police said that the shop was owned by one Soram Thoithoi Singh, 36, son of S Kala Singh of Sekmai Bazaar.

The police team also recovered 27 bottles of one litre capacity and 32 bottles of 500 ml capacity of DIC liquors during the raid.

The police handed over Thoithoi along with the seized bottles of alcohols and cans of beer to the excise department, Lamphel for further action.