The AIMS said reinforcing the Act East Policy will encourage developing trade and commerce and a closer relationship with the people having the same family across the border since time immemorable. 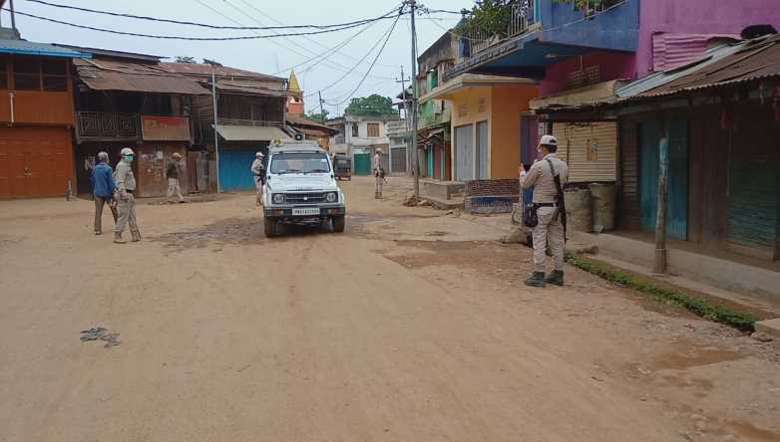 To encourage developing trade and commerce and a closer relationship with neighbouring countries, the Apunba Imagi Machasing (AIMS), Manipur on Thursday urged the central government to reinforce the Act East Policy and take up steps to improve educational institutions in Northeast India, emphasising that education is the key to development.

AIMS submitted a memorandum on the matter to the Union Minister of State, Ministry of External Affairs and Education RK Ranjan Singh.

The Act East Policy is to promote economic, strategic and cultural relations with the vast Asia-Pacific region at different levels, AIMS stated in the memorandum.

It pointed out that opening formal border gates between Myanmar and India at New Tusom, Huishu, Konkan Thana, Namlee, Kambang Khullen, Nongkam Satang, Molcham, Bihang and others by reinforcing the Act East Policy will encourage developing trade and commerce and a closer relationship with the people having the same family across the border since time immemorable.

Moreover, it will strengthen cultural relationship between the neighbouring countries, it added.

It also urges to set up consulate general offices with cultural centres in Northeast India for East Asian countries such as Myanmar, Thailand, Japan, South Korea, Singapore, Vietnam, Cambodia, Vietnam, Laos, China and others in order to strengthen the Act East Policy.

It will also facilitate the northeasterners to communicate with neighbouring countries, it further mentioned. The memorandum also appeals for establishment of a Southeast Asian university to tighten the transboundary relationships with Southeast Asian countries and develop a new central university in North East India to study East Asian countries' language, culture, tradition, geopolitics, international relations and others.

Opening such universities will be the foundation to increasing economic efficiency and social consistency, it said, adding that it will also help in raising the poor from poverty.

The memorandum also urges the improvement of educational institutes and the conversion of Dhanamanjuri University into a Central University to solve the varsity's hindrances.

It further urges for the appointment of a regular vice-chancellor of Manipur University from among the most competent and senior most professors within the professors from the varsity as it is essential to solving unwanted incidents in the future.

It is also requested to construct quarters and hostels in remote areas of the state for the teachers and staffs and upgradation of  IGNTU-RCM into a full fledged central university.

It pointed out that introducing Burmese language in high schools in Northeast India is the urgent need of the hour  to solve the barriers faced by the people in the border areas.

It is also necessary to introduce the East Asian languages to the primary school curriculum in Northeast India, particularly Burmese, Korean, Thailand, Japanese and others before the train connects Myanmar, the memorandum mentioned.

Stating that there is needs of establsihment of an Indian Institute of Science Education and Research (IISER) in Northeast India, it urged to upgrade the IBSD Campus in Harorou Campus in the line of IITG, Guwahati.

There is also the neccessity of opening a biotechnology department in the NIT, Manipur and MTU, Manipur, it added.

The memorandum last urges for commencement of cane and bamboo in the school curriculum in India and to develop a Cane and Bamboo Education and Research Institute in Northeast India in order to achieve the goal set by Prime Minister Narendra Modi to double farmer's income.