"If a person cannot practice his religious activities and rituals freely in the state, it is better to stay in jail while protesting against the government,” Manipur Muslim Welfare Organisation advisor Abdullah Phundreimayum said. 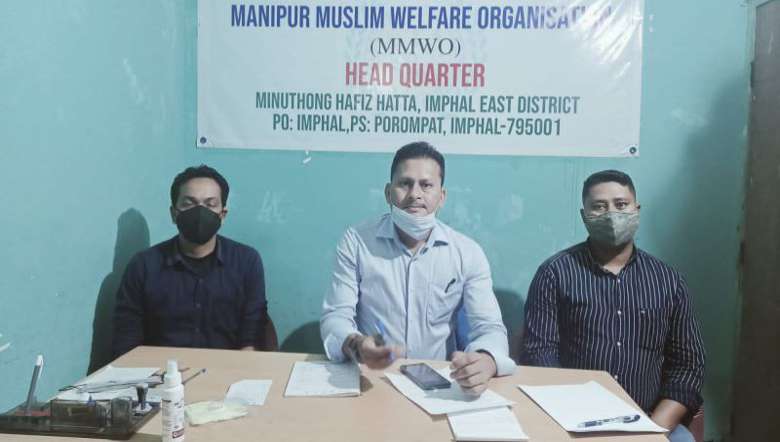 The Manipur Muslim Welfare Organisation (MMWO) on Wednesday warned to launch intense agitation if the state police interfere the slaughtering of animals during the occasion of Bakrid.

On Tuesday, the district SPs was informed from the office of the SP of CID (CB), Manipur, Imphal through a letter to take action against people who slaughter animals during Bakrid and circulated in the social media.

Such letter which is more like an instruction given by an SP of CID (CB) to other SPs has brought a lot of tension among the Manipuri Muslim community, said MMWO advisor Abdullah Phundreimayum while speaking to the media on Wednesday.

He said that the letter is totally against the interest of the Manipuri Muslim community and such sensitive issue relating to religious practice has never been happened in the history of Manipur.

"If a person cannot practice his religious activities and rituals freely in the state, it is better to stay in jail while protesting against the government,” said Abdullah.

Animal slaughtering is common among Christians during Christmas and Hindus during Durga Puja (Bali), he said, questioning why such restrictions are made only on Muslims during Bakrid occasion. Moreover, the Supreme Court of India, in its ruling, had already exempted imposing of Prevention of Cruelty Act, 1960 in practicing religious rituals, he added.

He further said such sensitive instruction given by the SP of CID (CB) to other SPs clearly shows that there are loopholes in the state administration.

If the letter is genuine, it must be revoked, and by chance if it is fake, the government should give its clarification at the earliest and punish the culprits, added the MMWO advisor.

“The government should keep in mind that the Manipuri Muslim community will never accept the restrictions imposed against slaughtering of animals on the occasion of Bakrid,” said Abdullah.