A total of 177 soap cases suspected to be of brown sugar were detected and seized from a rented house of one John Manglamsaun Zou in Chakpikarong subdivision, according to the police. 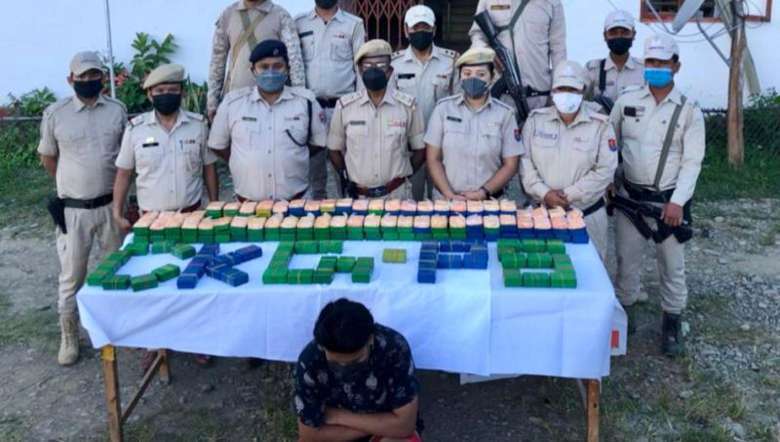 A team of Chandel district police under the supervision of SP L Deben arrested a drug trafficker while a sizable quantity of brown sugar weighing 2.285 kg was seized from Sajik Tampak area on Tuesday.

According to police sources, the individual has been identified as John Manglamsaun Zou, 19, son of Paudoulien Zou of Home Guard Veng, Moreh Ward No- I.

Acting on a specific source regarding drug trafficking in the general area of Khullen Khailet near Sajik Tampak, three teams of Chandel district police including a team from Chakpikarong police station led by OC Rafi Shah and SDPO Chandel Oinam Sukumar Singh under the supervision of additional SP (LO), Chandel Shankerjit Loitongbam, and overall guidance of SP Chandel L Deben Singh conducted a cordon and search operation in Khullen Khailet at around 2:30 pm on Tuesday.

During the cordon and search operation, a total of 177 numbers of soap cases containing brown sugar weighing 2.285 kg were detected and seized from the rented house of John Manglamsaun Zou.

The brown sugar was seized and John Manglamsaun Zou was arrested under FIR no. 19(7)2021 CKG-PS u/s 21(c) NDPS Act registered against him at Chakpikarong police station, police sources added.