Rhino poacher arrested in Churachandpur, handed over to Assam Police

The accused rhino poacher was identified as one Gouchin V Khamkhopau, resident of Gangpimual village, Churachandpur. 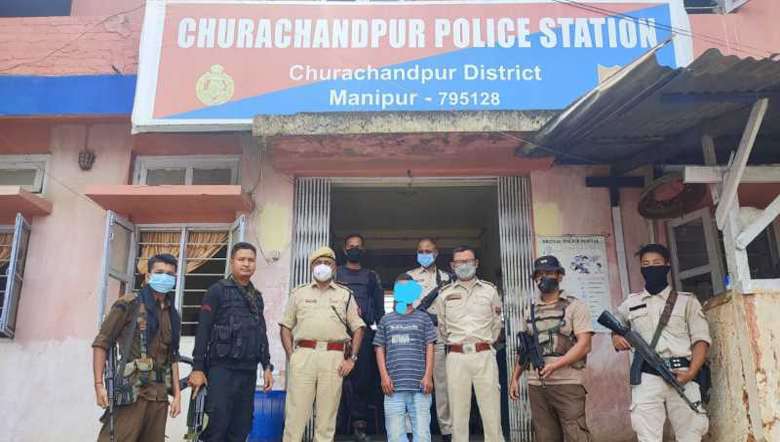 Churachandpur police arrested an accused Rhino poacher from the district and handed him over to the Assam Police on Monday, police sources said.

Churachandpur police had received a tipoff from superintendent Golaghat (Assam) Robin Kumar about the presence of a Rhino poacher in the district.

Following the alert, a police team led by the Churachandpur police OC under the supervision of SP Churachandpur Shivanand Surve, traced the individual identified as one Gouchin V Khamkhopau, 35, resident of Gangpimual village, Churachandpur.

The accused was picked up on Sunday and Assam Police was informed accordingly, the police sources said.

A police team from Bokakhat police station, Golaghat district arrived on Monday and took the accused into their custody after getting Transit remand from the court and observing all legal formalities.