Lightning could be a much more important atmospheric cleanser than previously thought, according to a new analysis. 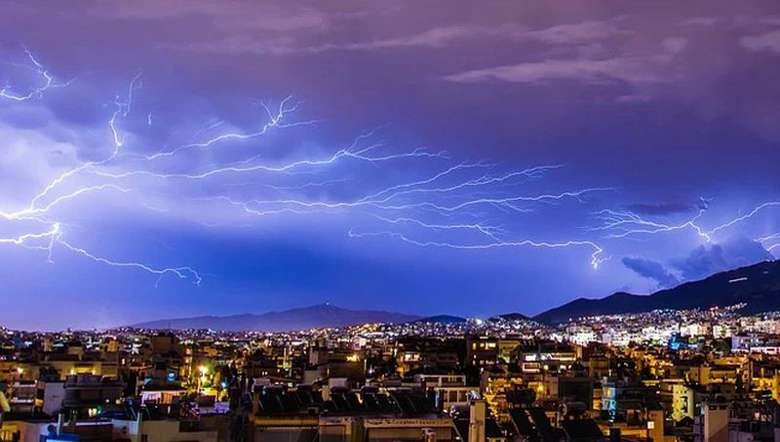 Dark clouds bringing rain, rolling thunder and lightning strikes are a frequent sight in the summer and during other parts of the year. This vivid display of nature produces more than light and sounds, it also contributes in a small way in cleaning air pollution. It is all the result of chemistry. Lightning could be a much more important atmospheric cleanser than previously thought, according to a new analysis of historical measurements gathered from a storm-chasing airplane back in 2012- data which were originally thought to be inaccurate, while some of the air- scrubbing qualities of lightning bolts are already understood- in particular the creation of nitric oxide due to the rapid heating and cooling of the gases within a lightning bolt, which combines with oxygen to create nitrogen dioxide, especially when its moving downwind and hydroxide that can flush out various greenhouse gases from the sky- there’s a lot more going on here as per the new research report.

To understand how lightning rids the atmosphere of pollutants, researchers flew a NASA jet plane into the eye of the storm. The study published in the Journal of Science, marks the first time scientists have demonstrated lightning bolts and less visible electric charges produce large amounts of chemical oxidizing elements, hydroxyl, hydroperoxyl which are pollutants catching oxidants. Oxidants are great at breaking down greenhouse gases such as methane and carbon monoxide from the atmosphere as the highly reactive hydroxyl, dubbed the "detergent of the atmosphere" is known for its ability to oxidize almost every chemical found in the troposphere. When hydroxyl reacts with methane, for example it easily dissolves in water and falls back to earth as rain, ultimately clearing the atmosphere of chemicals that exacerbate global warming as reported by Science news. A series of lab simulations backed up the idea that both visible and invisible electrical charges in the air could produce extreme amounts of hydroxyl and hydroperoxyl radicals. However, in the air they detected little to no additional nitric oxide and ozone produced from the type of lightning we can actually see in the sky and lab results were uncertain on these molecules too. The researchers’ efforts could help scientists further understand how thunderstorms may change air pollution and how this phenomenon plays into changing climate. These results are highly uncertain, partly because they do not know how these measurements apply to the rest of the globe. Most thunderstorms are in the tropics. The whole structure of high plains storms is different from those in the tropics.

In 2012 researchers flew through electrified anvil storm clouds at 200m/sec over Colorado, Oklahoma and Texas to see how lightning could clean the atmosphere, reports Tara Yarlagadda for INVERSE. After each lightning flash, the researchers found concentrations of hydroxyl and hydroperoxyl increased by thousands of parts per trillion, according to Science news reports. Experts ultimately concluded that anvil clouds may also produce 2 to 16 per cent of all hydroxide found on Earth. Researchers said they were surprised by extreme amounts of hydroxyl and hydroperoxyl generated in thunderstorm anvils and cores. They are orders of magnitudes longer than any previous atmospheric hydroperoxyl or hydroxyl measurements. This data was shelved for years before it was examined again because the researchers did not think the high numbers of oxidants was caused by lightning – at first. Instead the team thought the readings indicated an issue with their study’s instruments. Because they were able to take measurements from sky and ground simultaneously and they found they had demonstrated lightning’s role in atmospheric oxidation when they compared the two data sets.

With the help of a great undergraduate intern, researchers were able to link the huge signals seen by their instruments, flying through the thunderstorm clouds to the lightning measurement made from the ground.  It’s worth bearing in mind that most lightning bolts never strike the ground but are nevertheless setting off a multitude of chemical reactions in the clouds. At the moment, the hydroxyl and hydroperoxyl produced by lightning isn’t included in atmospheric modelling – an omission that could be significant. Throughout history people were only interested in lightning bolts because of what they could do on the ground ‘’says Bruni’- a meteorologist. Now there is increasing interest in the weaker electrical discharges in thunderstorms that lead to lightning bolts. Clearly we need more aircraft measurements to reduce the uncertainty.