CM Biren's remark made during a mass tree plantation at Mangjol village Kangpokpi district on July 5 is an “insult” to the ancestral tribal administration of chieftainship and land holding system which is older than the government, the Zomi Chiefs Association said. 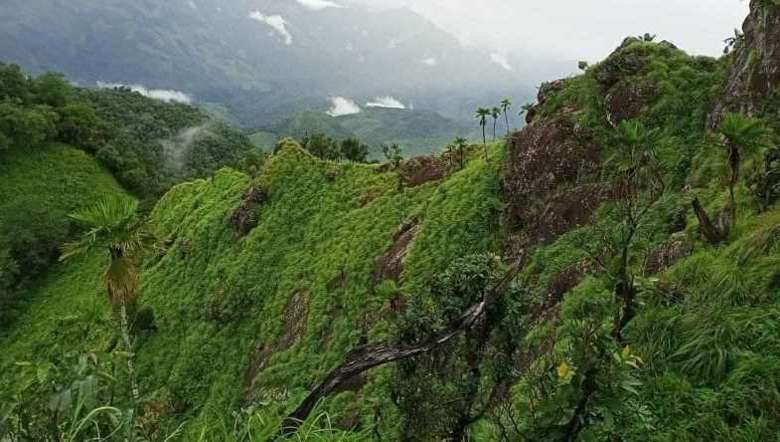 Chief Minister N Biren’s statement that ‘every land in the state belongs to the government’ is a contravention of the Indian Constitution and lacks historical astuteness and political sensitivity, the Zomi Chiefs Association (ZCA) has said.

The chief minister's remark made during a mass tree plantation at Mangjol village Kangpokpi district on July 5 is an “insult” to the ancestral tribal administration of chieftainship and land holding system which is older than the government, the ZCA said in a release on Sunday.

The ZCA said that any desire to talk about land and its ownership, particularly in the hill areas of Manipur, should begin with well-informed history and correct interpretation of the laws governing it.

The association urged the state government to respect the traditional land holding and transfer system of the tribal people in the hill areas as regulated by Article 371(C) in order to maintain the delicate communal equilibrium of the state.

The association pointed out that the UN Declaration on Rights of the Indigenous Peoples (UNDRIP) in its Article 10 requires that the tribal people, referred to as indigenous peoples, should be given a "free, prior and informed consent" before acquiring their land with an "option of return" if done so.

The association appealed to the chief minister to refrain from making sweeping statements which has the potential to mislead and misinform the general public of the plural historical narrative, legislative administration and land laws with the subtle intent to disenfranchise the tribal people of their ancestral rights and land holding system.

As a state entity, Manipur, particularly, has to be understood as a coalescence of communities and amalgamation of their territories. Historically, it should be noted that the hill tribes remained unaffected within each of their self-administered villages when the princely state of Manipur was conquered by the British in 1892; the hill tribes were separately annexed later, the release added.

After the Partition of India, the Manipur Merger Agreement was signed by the Maharajah which ceded 700 square miles or 26500 paris/hectares of his territory to India.

The release further stated that Brigadier Sushil Kumar Sharma, in his writing on the theme of The Complexities of Tribal Land Rights and Conflict in Manipur: Issues and Recommendations', stated, "Not even a single inch of hill areas was covered under this agreement."

Even as Manipur was accorded Union Territory, the tribal areas continued to be governed by Manipur (Village Authority) Act, 1956. And the land holding of the tribal areas was through chieftainship system of whom the chiefs were designated as "lords of the soil" by Betram S Carey & HN Tuck, British Political Officers, in their book - The Chin Hills Vol.1, unlike 'khas land and individual pattadars as was practiced in the valley areas governed by MLR & LR Act 1960, it added/

Along with the attainment of statehood, Article 371(C) was enacted in the Constitution of India which distinctly demarcates Manipur into Hill Areas and Valley Areas by the President of India giving special protection to the tribal settlement territories, the release added.

The release continued that such provision places the hill areas out of the purview and regulation of the Manipur Land Revenue & Land Reforms Act 1960 which succinctly states, "It extends to the whole of the Union territory of Manipur except the hill areas thereof" at Section 1(2).

However, the state government made clandestine amendments to design covert and insidious extension of MLR & LR Act 1960 into several portions of hill districts which were already protected and regulated under Article 371(C), it added.

Furthermore, the release stated that the attempted regulation of sale, purchase and gift of land on the pretext of Section 7 of the Bengal Eastern Frontier Regulation 1873 or Inner Line Permit (ILP) vide Memo No. 16/16/2019-R(SALE DEED), dated July 7, 2021, Revenue department, Manipur is ultra vires to the Constitution.

The release continued that the transfer of land, either sale or gift, in the hill areas has never been under the Revenue department nor regulated by MLR & LR Act 1960.

The order should be rescinded or modified to exclude the hill areas where a separate land holding and transfer system applies under Article 371(C) and requires no ILP or Bengal Eastern Frontier Regulation 1873 from where the new rule emanates, the release added.

The release stated that, ‘Land is not just a commercial commodity for the tribal people; it is inherent to our culture, identity and livelihood with which we have a natural and mutual relationship - sustaining, preserving and protecting each other”.

However, it may be acquired by the government, if so required, for development purposes by following the letter and spirit of the existing laws, the release stated.