Asking the farmers of Kakching to procure urea from district agriculture office, Thoubal will only compound the difficulties of the farmers with increased risks of mass COVID infections, Joint Non-Government Voluntary Organisation (JNGVO), Kakching stated 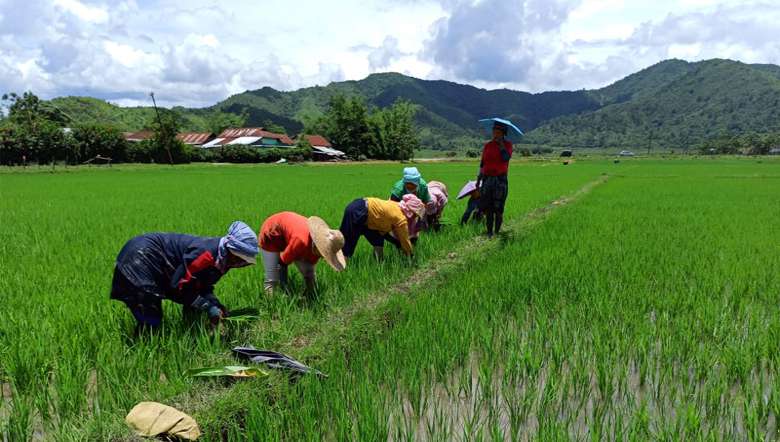 Joint Non-Government Voluntary Organisation (JNGVO), Kakching on Saturday stated that farmers are still facing difficulties in procuring urea despite appeals earlier made to the state government to address the issue.

NGVO questioned when the state government will provide fertilisers for farmers of Kakching, in a press statement signed by its publicity secretary Romesh Naorem.

The statement also mentioned that unlike other parts of the state where farmers have been unable to start rice cultivation due to water shortage, farmers of Kakching have been fortunate enough to start cultivations, and now the season has arrived for spreading fertilisers or urea in the paddy fields. However, farmers are still facing difficulties in procuring urea despite earlier appeals made through the media to address the issue, it added.

Throwing caution to the winds despite the ongoing COVID-19 pandemic, farmers are thronging the District Agriculture Office, Thoubal right from the morning just to obtain a single bag of urea, it stated. Asking the farmers of Kakching to procure urea from the same office will only compound the difficulties of the farmers with increased risks of mass COVID infections, JNGVO stated. Beside, the valuable time and resources wasted in procuring urea is nothing but unwarranted torture for the farmers, it mentioned.

JNVGO further appealed to the Agriculture minister to arrange the distribution of urea in the same effective manner as done in previous years. The total amount of urea required for Kakching district used to be stocked in Kakching Lamdong Godown and distributed constituency wise to farmers later, it further stated, adding an appeal to authorities concerned to investigate the exceedingly high price of Rs 700-800 per bag of urea when it is available at the market on rare occasions.