For the first time in Northeast India, testing or monitoring of SARS-COV-2 samples from all the Northeastern states can be done in the facility at Takyelpat, Imphal. 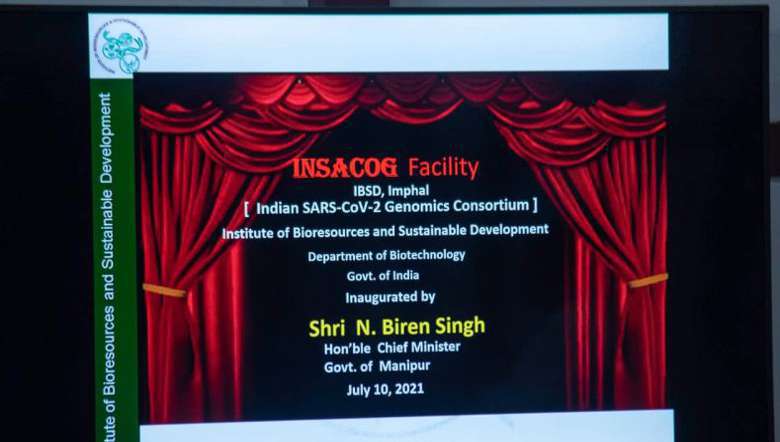 Taking to Twitter, the chief minister said that for the first time in Northeast India, testing or monitoring of SARS-COV-2 samples from all the Northeastern states can be done in the facility at Takyelpat, Imphal.

"Inaugurated the 'Indian SARS-COV-2 Genomics Consortium facility' at the IBSD, Imphal today through video conferencing. For the first time in this part of the country, testing/monitoring of SARS-COV-2 samples from all the NE States can be done in this facility in Imphal," CM Biren tweeted.

Speaking on the occasion, N Biren Singh said that Viral Genome Sequencing has become very critical in the fight against the COVID-19 pandemic as new variants of concern have emerged as the dominant strains across the world. As such, the Central government had been putting in much effort to increase sequencing in view of the increasing spread and possibility of a third wave. He also expressed happiness on ISBD, Imphal on becoming one of the regional sequencing laboratories approved as part of the consortium of 28 national laboratories to monitor the genomic variations in SARS-CoV-2.

He further said that sequencing would facilitate in identifying hotspots with variants of concern and provide critical information to aid appropriate public health response. The analysis of data collected would also help in studying whether the mutation influences transmission, clinical outcomes, severity and impact the efficacy of public health intervention and vaccines, he added.

The chief minister also expressed that assessing genome variants would also assist in developing potential vaccines in the future and ascertain the status of new variants of SARS-CoV-2 in the country. He was also hopeful that the inclusion of IBSD, Imphal as part of the consortium of 28 National Laboratories would be of immense help in the ongoing efforts of the State Government’s fight against COVID-19.

It may be mentioned that IBSD, Manipur which is under the department of Biotechnology, Ministry of Science and Technology, Government of India had established INSACOG facility which is the first time such an effort had been made in the Country. INSACOG aims to focus on sequencing of clinical samples to understand the disease dynamics and severity.