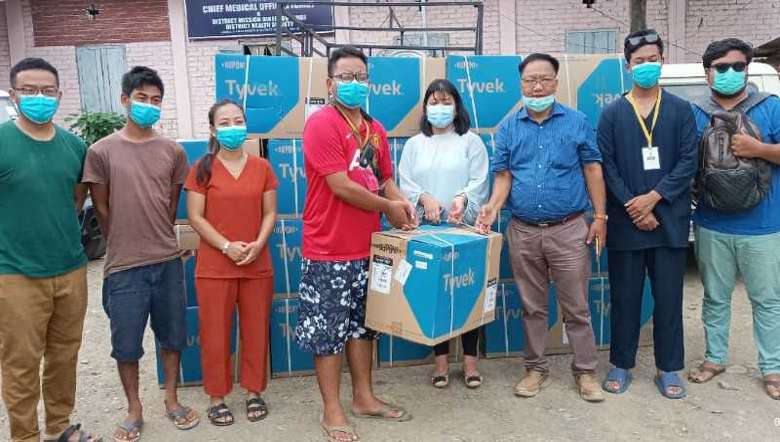 A release issued by Highland Group on Friday stated that the service was launched by the chief minister of Manipur N Biren Singh through a video conference along with principal secretary health V Vumlunmang on Wednesday.

As per the release, 700 ‘ration kits’ were distributed to auto drivers severely affected by successive lockdowns because of the pandemic.

All Churachandpur District Diesel Auto Owners Association (ACDDAOA) and its 20 affiliated units were invited to select the needy amongst their members for the same wherein 500 auto drivers came to collect the ration kits, it added.

The release stated that the chief minister while launching the service, applauded such initiatives by Highland Group and other partners, and he emphasised that serving the poor and needy is the greatest form of service to mankind.

In his speech, the chief minister highlighted the efforts made by the government to uplift the lives of citizens through various schemes including CMHT, CMST.etc, it stated.

Biren also informed that the state cabinet will be extending monetary assistance to those families severely affected by the pandemic, and that a sum of Rs 5,000 each would be given to around 2 lakh beneficiaries, the release added.

The release further stated that Vungzagin Valte, in his address, made an appeal to the auto drivers to take Covid vaccination at the earliest possible.

The 700 'dry ration kits' were sponsored by Crypto Relief India via Sunbird Trust and CCI, Churachandpur, Highland Auxiliary Covid Service has been extending paramedic support in Churachandpur district through a MoU with chief medical officer, Churachandpur and the support of district administration, the release added.

The release stated that the official function held at Peace Ground, Tuibuong  was attended by minister of tribal affairs and hills Vungzagin Valte,deputy commissioner Pawan Yadav, additional deputy commissioner( Addl DC) S Thangboi Gangte and additional superintendent of police Lawrence Munluo along with other officials of the district.