Manipur Education Minister S Rajen said various proposals on development of the fisheries sector were made to Union Minister of Fisheries, Giriraj Singh, as fish is one of the staple foods of the state. 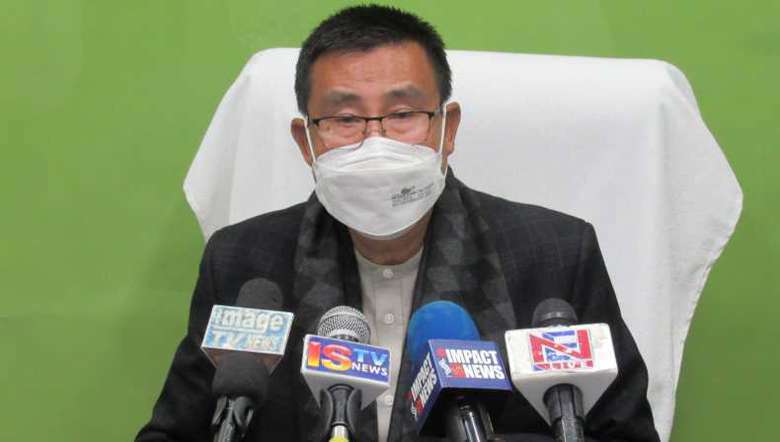 The recent visit to New Delhi with officials of Fishery and Education departments would surely bring positive changes in the two sectors, Education and Fisheries Minister S Rajen said on Friday.

In a press conference in Imphal, the minister presented the feedback given by the concerned Union ministers and officials in the Centre to the proposal for development of fisheries and education sectors of the state.

Rajen said various proposals on development of the fisheries sector were made to Union Minister of Fisheries, Giriraj Singh, as fish is one of the staple foods of the state.

He further said that as a response to it, the union minister assured to release the required funds for the said project within seven days. However, the minister urged to submit an utilisation certificate for previous funds released under various schemes.

The finance department of the state also assured to send the utilisation certificate within July 15. As such, it is expected that the state would surely receive ample funds for development of the fishery sector which would reduce the draining of huge amounts of state’s money in bringing in fishes from other states, he added.

Rajen continued that School Education and Literacy secretary, Anita Karwal has assured of sanctioning one time grant for promotion and development of Meitei Mayek script in the state under the innovative scheme.

In the meeting with the union ministers, the state team has highlighted the steps to be taken by the state government for development of government schools and the Meitei Mayek script.

It also discussed getting recognition of Manipur Technical University (MIT) Under 12 (b) of University Grant Commission. In order to achieve this, the university should have its own campus; however, at present the university is attached to a polytechnic.

Rajen said that appointment of RK Ranjan as Union Minister of State in Education would also help to materialise the proposal of development of education sector in the state.