Shonlien Kiloung, who was awarded the Rustom Merwanji Alpaiwalla Memorial Award in 2003 in Mumbai for his outstanding contribution to the welfare of the visually handicapped, passed away on July 8 . 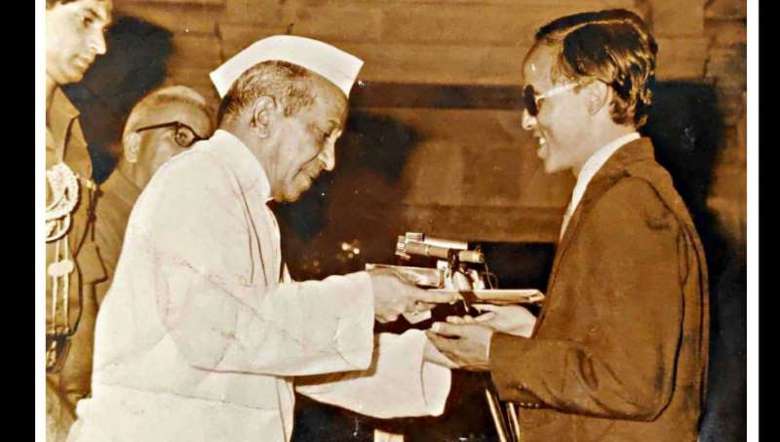 Shonlien Kiloung, founder of the Ideal Blind School Takyel, Imphal which is the first blind school in the state, passed away on July 8.

The youngest son of late Longkhobel and Thangkhochin, Shonlien moved to Calcutta Blind School in 1955. He came back to his native place after completing his matriculation in 1961.

Due to financial hardships, he could not continue his education further. In order to sustain himself, he started teaching in Kangpokpi Government High School as a substitute teacher wherein his versatility in the field of music was well known by then.

In 15 august, 1963 he was absorbed as a Tribal Music Accompanist on inception of All India Radio Imphal and subsequently, he was transferred to Indian Music Section at the same station in 1966 due to his versatility in Indian Music.

Alongside his work in AIR, he began looking out for ways to fulfil his dream. Moving towards this goal, he set forth and set up an association named “All Manipur Blind Persons’ Welfare Association” in 1971 and opened the first school for the sightless, Ideal Blind School Takyel in 1973 of which he was the founder principal.

Under his leadership, he organised an exhibition in Manipur in which he brought in experts from Calcutta Blind School to demonstrate the system of education for the blind and create mass awareness among the public.

He was also awarded the Rustom Merwanji Alpaiwalla Memorial Award in 2003 in Mumbai for his outstanding contribution to the welfare of the visually handicapped. State government awarded him a citation on Republic Day, 1991.