Criminalization of drug use: Is it a solution?

Drug users are being criminalized in most countries. They have to face severe penalties or imprisonment of 25 years in some countries. Yet again the penalty differs from one country to another country. 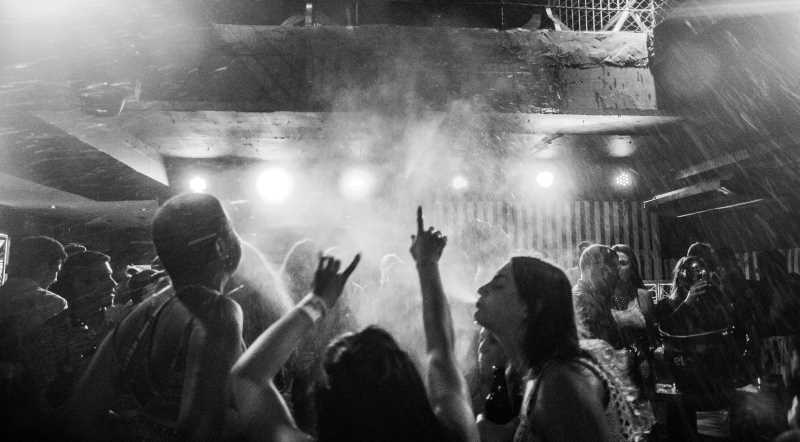 After decades of prohibition and intensive law enforcement efforts to rid the country of illegal drugs, violent traffickers still endanger life in our state, a steady stream of drug offenders still pours into our jails and prisons, and tons of pills, psychoactive substances and heroin still cross our borders unimpeded.

Drug use is not a new phenomenon. It has been traditionally accepted and used for over a hundred years in most countries across the globe. Since the introduction and distribution of new drugs in the market place, people started abusing it and many countries had to devise laws to tackle this menace.

Drug users are being criminalized in most countries. They have to face severe penalties or imprisonment of 25 years in some countries.  Yet again the penalty differs from one country to another country.

The existing criminal justice systems in most countries are not relevant to drug users and it is doing more harm than good. They are widely misunderstood and discriminated against, and for various reasons could be considered less a priority issue for governments to address. "We are not bank robbers, rapists, or killers (who typically get much less time). We are not rip-off artists or fraud merchants. We are those who made or sold or used as a product that millions of people want" commented by a drug user name Mr.Yaima (name change on request).

Drug users' needs are complex and simple solutions would not resolve their multiple problems. However, the problems faced by drug users can be somehow minimized by looking at the world through a human rights lens and from a more holistic perspective. Testimony has proved that criminalization of drug use doesn’t bring back the drug user into the mainstream rather they are compelled to go underground and make the service provider difficult to reach them. This could be one reason why the drug user community has less access to the health care system.

"The existing international drug policy does not deter the drug users from using drugs, instead it is doing more harm than good," said R.K. Tiken, General Secretary of Social Awareness Service Organization (SASO). He further added that harm reduction programs need to be included keeping in mind the harms associated with the injection of drugs but at the same time other preventions and intervention programs need to be in place so that we can stop young people at the very early stage from indulging into drug use habit. The drug policy that has been put in place for over fifty years needs to be reviewed and the governments should recognize the scientific evidence regarding the effective and positive responses in tackling widespread drug use.

The Association of Drug Users Manipur Civil (ADUM) opposes criminalisation of drug use. Not only is prohibition a proven failure as a drug control strategy, but it subjects otherwise law-abiding citizens to arrest prosecution, and imprisonment for what they do in private. In trying to enforce the drug laws, the government violates the fundamental rights of privacy and personal autonomy that are guaranteed by our Constitution.

The ADUM believes that unless the drug users harm others, they should not be punished -- even if they harm themselves. There are better ways to control drug use, ways that will ultimately lead to a healthier, freer, and less crime-ridden society.

ADUM was conceptualized by a group of individual belongs from the user background who are professionally trained at the national and global levels.  The association has officially come into existence on the 20th of May 2020 with the objective of the betterment and welfare of the drug user community at large.

ADUM has contributed a great deal in COVID-19 response. They have started responding to drug withdrawal management in close coordination with Manipur State AIDS Control Society (MSACS) at different quarantine centers across the state. While executing their services at the quarantine centers, the volunteers of ADUM strictly maintain WHO and Ministry of Health and Family Welfare COVID-19 response protocols.

What ADUM does at the quarantine centers was the distribution of sub-lingual buprenorphine as part of opioid substitution treatment (OST) and virtual counseling. Besides that ADUM extend their help in distributing mask, surgical gloves, and hand sanitizers to NGOs running targeted intervention program among intravenous drug users (IDU) under the umbrella of MSACS.

ADUM had also circulated its helpline number at different quarantine centers so that any individual who is put up in the centers and having a drug withdrawal issue can be contacted the volunteers for immediate assistance.

ADUM also believes that the war on drugs is a failed approach and must end. While interacting with one of its advisory committee members Mr. L. Deepak, said that “Inadequate drug policies are the main reason why HIV prevention programs fail to reach most injecting drug users”.

He further added that “a century of misguided international drug policy has done immeasurable harm. The “war on drugs” has frequently devolved into a war on drug users, resulting in increased incarceration, human rights violations, and diseases like HIV. Thousands of drug users across the world are behind bars without access to proper care”.

The universality of drug use throughout human history has led some experts to conclude that the desire to alter consciousness, for whatever reason, is a basic human drive. People in almost all cultures, in every era, have used psychoactive drugs. People in Manipur particularly those communities who embraced Hindu religion smoke weed; though the prohibition of selling and consumption is there it widely available in the market on the occasion of Shivrati one of the biggest festivals of Hindu religion in India. Alcohol is another drug of choice globally, nationally, and locally accepted. In Manipur, from time immemorial, both fermented and distilled beverages had been prepared by fermenting different varieties of rice.The local liquor is prepared in different communities of Manipur, but restricted to the scheduled tribes and scheduled caste. The irony is society accepts it as a part and parcel of tradition.

A "drug-free Manipur" is not a realistic goal, and by criminally banning psychoactive drugs the government has ceded all control of potentially dangerous substances to criminals. Instead of trying to stamp out all drug use, our government should focus on reducing drug abuse and prohibition-generated crime. This requires a fundamental change in public policy: repeal of criminal prohibition and the creation of a reasonable regulatory system.

Some people have the wrong notion that ending prohibition would increase drug abuse. While it is impossible to predict exactly how drug use patterns would change under a system of regulated manufacture and distribution, the iron rules of prohibition are that 1) illegal markets are controlled by producers, not consumers, and 2) prohibition fosters the sale and consumption of more potent and dangerous forms of drugs.

There was an instance in America that during alcohol prohibition in the 1920s, bootleggers marketed small bottles of 100-plus proof liquor because they were easier to conceal than were large, unwieldy kegs of beer. The result: Consumption of beer and wine went down while the consumption of hard liquor went up. Similarly, contemporary drug smugglers' preference for powdered cocaine over bulky, pungent coca leaves encourages the use of the most potent and dangerous cocaine products. In contrast, under legal conditions, consumers -- most of whom do not wish to harm themselves -- play a role in determining the potency of marketed products, as indicated by the popularity of today's light beers, wine coolers, and decaffeinated coffees. Once alcohol prohibition was repealed, consumption increased somewhat, but the rate of liver cirrhosis went down because people tended to choose beer and wine over the more potent, distilled spirits previously promoted by bootleggers. So, even though the number of drinkers went up, the health risks of drinking went down. The same dynamic would most likely occur with drug legalization: some increase in drug use, but a decrease in drug abuse.

Another factor to consider is the lure of forbidden fruit. For young people, who are often attracted to taboos, legal drugs might be less tempting than they are now. That has been the experience of The Netherlands: After the Dutch government decriminalized marijuana in 1976, allowing it to be sold and consumed openly in small amounts, usage steadily declined -- particularly among teenagers and young adults. Prior to decriminalization, 10 percent of Dutch 17- and 18-year-olds used marijuana. By 1985, that figure had dropped to 6.5 percent.

Would drugs be more available once prohibition is repealed? The question being asked is very thought provoking. It is hard to imagine drugs being more available than they are today. Despite efforts to stem their flow, drugs are accessible to anyone who wants them. Unfortunately, our government doesn’t have any authentic data to claim that people are more susceptible to addiction if the prohibition is lifted.

In a state like Manipur, access to drugs is especially easy, and the risk of arrest has proven to have a negligible deterrent effect. What would change under decriminalization is not so much drug availability as the conditions under which drugs would be available. Without prohibition, providing help to drug abusers who wanted to kick their habits would be easier because the money now being squandered on law enforcement could be used for preventive social programs and treatment.

Ending prohibition is not a panacea. It will not by itself end drug abuse or eliminate violence. Nor will it bring about the social and economic revitalization of our state. However, ending prohibition would bring one very significant benefit: It would sever the connection between drugs and crime that today blights so many lives and communities. In the long run, ending prohibition could foster the redirection of public resources toward social development, legitimate economic opportunities, and effective treatment, thus enhancing the safety, health, and well-being of the entire society.