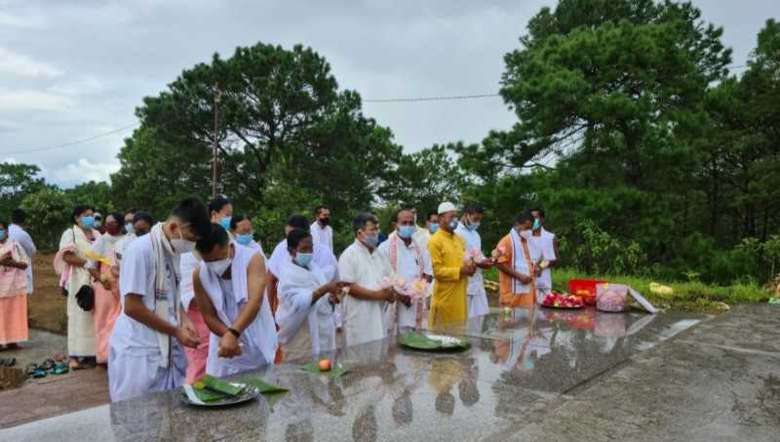 The Joint Committee on Inner Line Permit System (JCILPS) has demanded amendment of the Inner Line Permit (ILP) system and include it in Manipur People’s Bill 2018 which was passed in the Manipur Legislative Assembly.

During the 6th death anniversary of Sapam Robinhood held at Yelhoumee Athoubashingee Ningsing Khubam, Awaching Imphal on Thursday, JCILPS Observation Committee convener, Shyam Khuman said that since the withdrawal of permit system for entry and exit in Manipur on November 18, 1950 by the then chief commissioner, the influx of migrants have increased drastically.

As a part of the programme, floral tributes were paid to the departed soul of Sapam Robinhood. It was organised in low key owing to pandemic following strict SOPs.

Shyam said that to control the migrants’ influx and safeguard the indigenous people of the state from extinction, several movements have been launched and Sapam Robinhood had lost his life during agitation as a part of the movement.

Consequently, the ILP system was implemented in the state on December 13, 2019; however, the system has been ineffective so far. It is easily proven by the drive carried out by JCILPS in which many non-residents were found to be not having ILP cards, many were invalid and some were even fake, he added.

He further stated that till date, neither the contents of ILP system define the exact meaning of indigenous people nor mention any base year and Manipur Land Protection.

There has been an influx of many migrants into the state passing through the two major national highways of Manipur. The indigenous populace would be in grave threat of extinction once the train service starts in the state, he added while appealing to frame rules to prevent any consequences on commissioning railway service in the state.