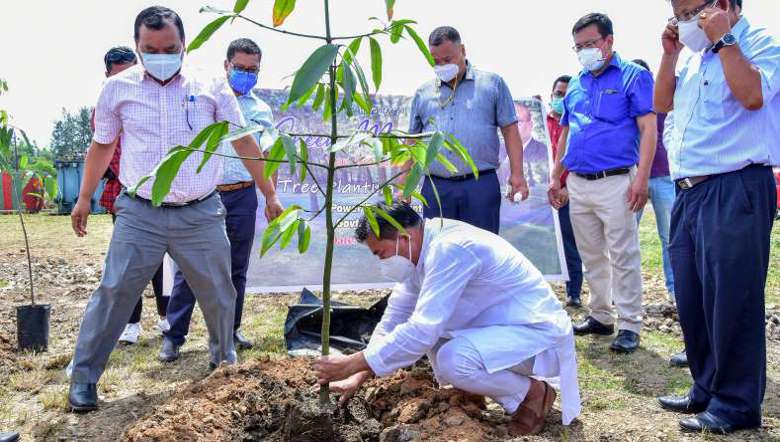 Minister Thongam Biswajit Singh on Thursday planted tree saplings at six different locations organised by the different departments under him as part of the weeklong celebration of Van Mahotsav - the Tree Planting Festival.

Speaking to the media at one of the locations, Biswajit said that tree plantation will help in protecting the environment. Tree planting events, he said, are being organised today by different state departments at different sites to encourage involvement of all employees and reaffirm the collective responsibility of all towards safeguarding and nurturing nature.