Congress party should stop being self-acclaimed spokesperson for public: BJP

Manipur BJP spokesperson Ch Bijoy stated that the delay in overcoming the pandemic situation in the state when compared to other states is due to late arrival of the second wave in Manipur. 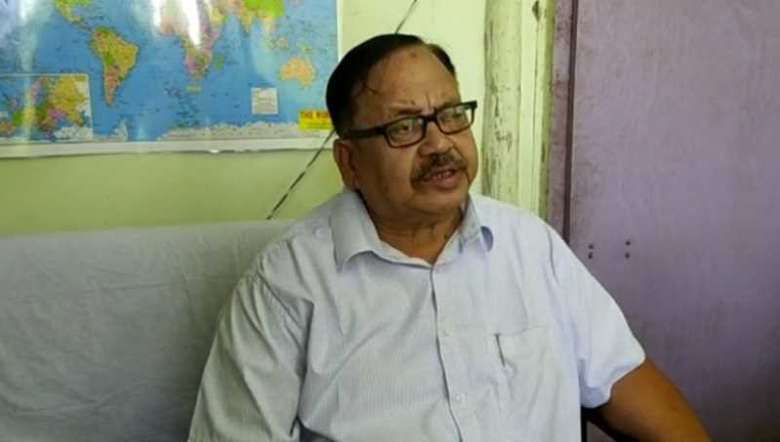 Manipur BJP spokesperson Ch Bijoy on Tuesday said that the Congress party should stop being a self-acclaimed spokesperson of the people of Manipur and stop employing double standards in politics.

It is unfortunate that the Congress party alleged that the recent visit of the BJP national general secretary (organisation) BL Santosh to the state during the pandemic was to discuss the election strategy and ensure the party’s victory in the upcoming Assembly election of Manipur, said Ch Bijoy to the media at his residence in Imphal.

He clarified that the purpose of the visit made by the party’s national general secretary is to take stock of the prevailing Covid situation in Manipur, which has also been widely published in the local dailies on July 2.

The BJP national leaders did not visit the state to accuse the state government and its party’s state unit for the prevailing Covid situation in the state, he further said, adding that primary objective of Santosh’s visit was to discuss the protocols for combating the pandemic and to assist the government and the party.

Bijoy also stated that the delay in overcoming the pandemic situation in the state when compared to other states is due to late arrival of the second wave in Manipur.

Regarding the demand raised by the Congress party to reduce the value added tax (VAT) in price of petrol and diesel, the spokesperson questioned, “Why such demand is not made by Congress in states ruled by Congress party such as Chhattisgarh and Rajasthan where fuel price is almost similar with Manipur?”

Extending his appreciation to the Congress MLAs for extending their support to the public during the pandemic, he said that “every active member of the BJP, regardless of being an MLA or not, have been doing the same during the pandemic using their personal resources and money.”

Bijoy lastly reminded that the public had rejected Congress and as a result, the government was formed by the BJP with the public trust.