Weed out the spent forces

IFP Editorial: Manipur has a good reputation regarding its doctors and the existence of two health institutions with another medical institute coming along. The question is, is the state leadership putting the good doctors and the institutes to good use. 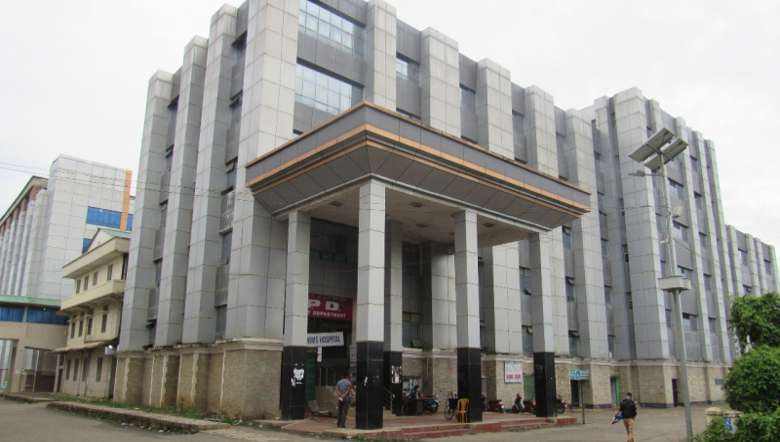 AS we said before, there seems to be something seriously wrong in the health bureaucracy at the top as we continue to battle the pandemic in the second wave with no let-up in either the daily number of positive figures and deaths. The Central government had to send its team of experts to assess the situation, as it seem to sense a lack of purpose and direction in the strategy. Well, as the state changed tack in the vaccination drive, it has picked up and daily number of vaccination has quadrupled from around 5000 to 20,000 plus in the past few days. We had earlier asked, have we exhausted all our imagination and efforts in trying to convince the public to come out willingly or voluntarily to take the Covid 19 vaccine? Yes, we agree rumours are doing around and some people are using the social media to post their hesitancy and reluctance which might be due to either sheer ignorance or the deaths after vaccination and the adverse effects. We would like to reiterate once again that the matter cannot be resolved by arresting them or putting them in jail and for that matter putting undue pressure on media freedom. If we look back to the history of plagues and pandemics which had ravaged the world since time immemorial, we should be thanking the scientific community of today for developing a vaccine or versions of it so fast within a year. All we have to be thankful now is the development of vaccines. Some of it are still undergoing trials. That is exactly why we have to respect the misgivings or concern of certain people amongst us.

The state has now given the responsibility of ensuring vaccination of all eligible persons to the MLAs in their respective constituencies and peoples’ representatives of all hues down to the grassroots level are getting involved in encouraging people to get themselves vaccinated. The Chief Minister has announced a cash award of Rs 20 lakh for the first assembly constituency to be fully vaccinated.

Such encouragement is also needed. Not only that, the state machinery is engaging with religious leaders of all faiths to come join in clearing up the misgivings and preach vaccination. One has to understand that a full-scale vaccination effort is more prudent if we have to fight back the pandemic, as well as preparing for the possible third wave. The Centre has taken care of procuring the vaccines and people are getting it free with the state rolling out its full machinery and health infrastructure to avail vaccine services in every constituency. This opportunity should not be missed. This new direction in the vaccination drive needs to be appreciated also.

It is also a matter of shame that Centre had to send a team to oversee the measures being taken up by the state to fight the pandemic with all the good doctors and health infrastructure that we have in the state. Manipur has a good reputation regarding its doctors and the existence of two health institutions with another medical institute coming along. The question is, is the state leadership putting the good doctors and the institutes to good use. Numbers do not lie, and even with tight restrictions the numbers of positives and deaths refuse to go away. That is exactly why, we have been consistently saying that something is not right. Perhaps, it has to do with the spent forces manning the health bureaucracy at the top. Instead of infusing fresh blood in the health bureaucracy, the state keeps extending the services of a few health administrators and they are going to take down the state along with them, unless corrective measures are put in place.