The Congress party raised apprehension whether the state government has failed in managing the pandemic, while claiming that the number of COVID-19 positive and death rates are increasing in the state. 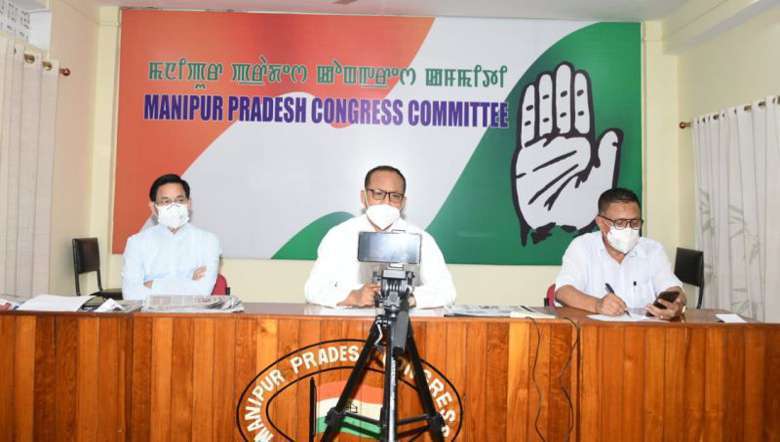 The Manipur Pradesh Congress Committee (MPCC) on Monday demanded that the detailed report of the assessment on the Covid situation in the state made by the Central team must be made public.

The Central team was rushed to the state to assess the Covid situation and its management in the state in view of the state's high Covid-19 positivity rate.

The Congress party also raised apprehension whether the state government has failed in managing the pandemic, while claiming that the number of Covid positive and death rates are increasing in the state.

In an online media briefing organised by MPCC on Monday, party vice-president K Meghanchandra said a PIB report on July 2 mentioned that the Central team had rushed to different states, including Manipur to assess the Covid situation.

Observing that the Central team as reported has already reached Manipur and that they would be leaving the state on July 6, he demanded the state government to provide the detailed report of the situation assessed by the Central officials at the earliest.

Commenting on the prevailing Covid situation in the state, the MPCC vice president said the lack of proper infrastructure in the district hospitals in the state could also be the reason for the increasing Covid deaths.

Meghanchandra questioned, “When other states with large geographical areas and larger population have managed to partly open their malls and markets, why is the situation of the state still in an alarming stage?”

It is unfortunate that the suggestions and feedback given by the Congress party for better management of the pandemic have been taken as criticism to the government, he added. The vice president further said the Congress has no intention to gain political mileage by taking advantage of the pandemic.

MPCC vice-president Lokeshwar said the Congress party had high hopes that the Central team who recently visited the state must have come to discuss the situation of the pandemic in the state. However, contrary to the hopes and expectations, their visit was to strengthen the BJP party in the state. Such an act of the BJP leaders and the party is really unfortunate for the people, he added.

He said, even though the BJP leaders do not care about the prevailing situation of pandemic, the public must maintain SOPs and get vaccinated. Every section of the state must collectively come together to prevent the COVID-19 third wave in the state, he added.