The United Women’s Rights Defenders (UWRD) alleged that Binota Meinam is not acting as per the rule of law but exercising her power beyond the guiding principles laid down under the Manipur State Commission for Women, Act 2006. 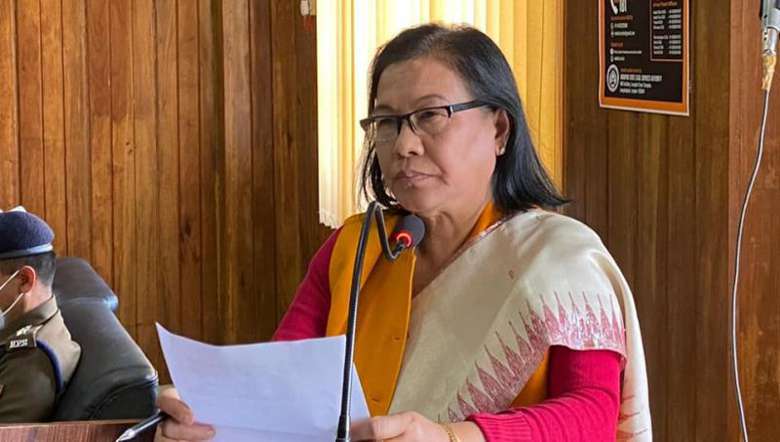 The United Women’s Rights Defenders (UWRD) on Monday urged the Manipur government to remove the sitting chairperson of Manipur State Commission for Women (MSCW) Binota Meinam immediately from her post.

UWRD expressed that it is deeply shocked to observe the activities of (MSCW) under the “incompetent” leadership of Binota Meinam. The organisation stated that it has witnessed many condemnations against Binota Meinam since 2019 and demands to terminate her from the post of MSCW chairperson.

“The motion against her seems to be reasonable after witnessing the recent order of High Court of Manipur suspending the proceedings of Complaint Case no. 42 of 2021 of MSCW,” UWRD stated.

In December 2019, the organisation also came across many social media posts, news and other online campaigns against her. The organisation learnt that a team of MSCW led by Binota Meinam allegedly forced one woman to sign a ‘Deed of Separation’ of which a video footage went viral. In another case, a group of many young people, demanding termination of Binota Meinam from her post, organised a signature campaign which was submitted to the chief minister of Manipur, which is yet to be converted into action, it stated.

It alleged that Binota Meinam is not acting as per the rule of law but exercising her power beyond the guiding principles laid down under the Manipur State Commission for Women, Act 2006. The commission was established to work for the welfare of women; however, Binota Meinam worked against the welfare of women of the state as observed in few instances, UWRD stated. Therefore, it is the right time for the government of Manipur to remove her from the post of chairmanship, it added.