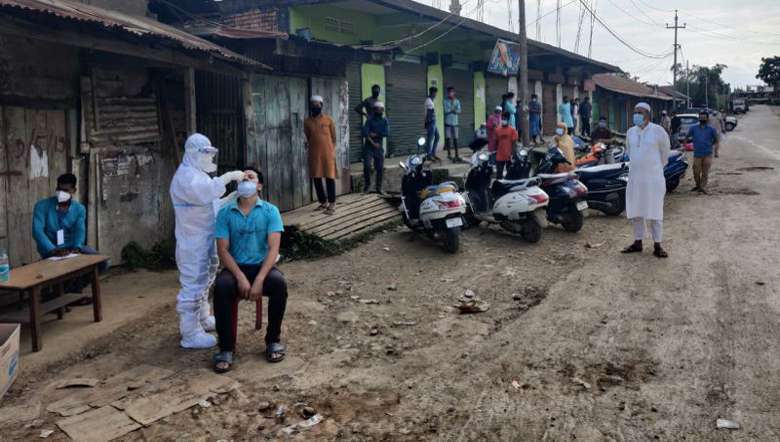 As per the latest updates from the state health department, a total of 3,204 test results were received on Monday, of which 432 were found positive for the disease. The cumulative number of test results received so far is 9,23,243, it stated.

Of the eight COVID-19 fatalities recorded on Monday, four deaths were from Imphal West, while one death each was reported from Imphal East, Senapati and Ukhrul, according to a release issued by the COVID-19 Common Control Room.

The new COVID-19 cases included 118 from Imphal East, 78 from Bishnupur, 73 from Imphal West, 44 from Thoubal, 31 from Kakching, 24 from Chandel, 21 from Kangpokpi, 14 from Churachandpur, 10 from Senapati, seven each from Tamenglong and Ukhrul, one from Tengnoupal, the release stated.

Meanwhile, 609 new recoveries pushed the cumulative number of recovered cases to 65,540. With it, the number of COVID-19 active cases in Manipur as of Monday is 5,974, including 2,197 cases under home isolation and the recovery rate improved to 90.12 per cent, it stated.

It further stated that the cumulative number of doses of COVID-19 vaccine administered in Manipur reached 7,38,631.