PMJAY and CMHT health cards were distributed to 570 beneficiaries of the ADC Circle in Tamei. 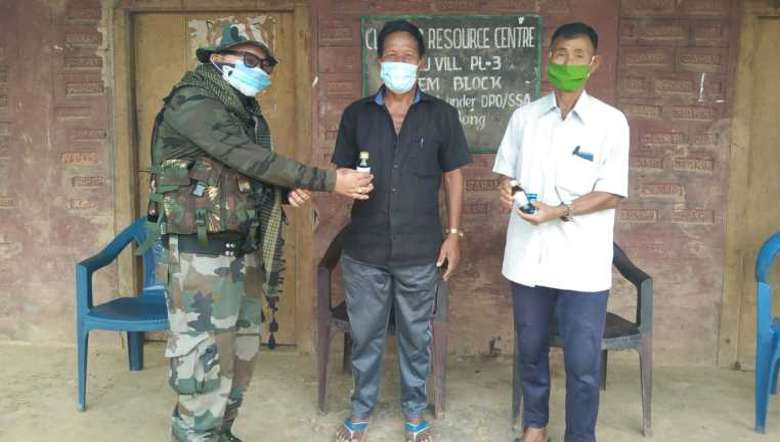 The initiative was taken by BJP Tamei Mandal general secretary and social worker Appolos T Panmei, who is also the intending candidate in 8-Saramba ADC Circle. As a part of the programmes, he distributed PMJAY and CMHT health cards to 570 beneficiaries of the ADC Circle.

Speaking to mediapersons, Appolos said that as the percentage of COVID-19 vaccination is low in several areas of Tamei AC, he has taken the initiative to organise the awareness programme to clear the doubts of the people on COVID-19 vaccine.

Later, a mass tree plantation programme was also conducted in the area as a part of Balidan Diwas and birth anniversary of Syama Prasad Mukherjee. Around 400 gulmohar trees and other scenery plants were planted in every village of the area.

Appolos expressed his sincere gratitude to all the village authorities and villagers for their warm reception to the team and cooperation in making the programmes successful.

He said that his main objective was to uplift the poor people and bring certain changes in the area by giving awareness about the various governments’ schemes.