Thousands of returnees left the red zones for their green land, but their sufferings continue as COVID-19 spares no place and Manipur is now no more green. 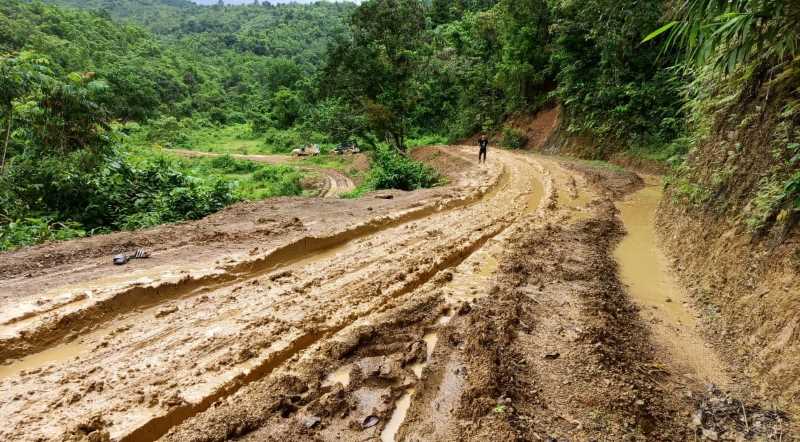 Thousands of people who were stranded in various parts of the country returned home to Manipur in a bid to escape from their sufferings of staying in COVID-19 hit red zones, but their sufferings continue and some are faced with even worse times as many of them tested positive for the virus during their stay in quarantine centres. With hundreds of them being infected, the state today is witnessing alarming spike in the case daily. The total positive tally has now crossed 1,000 in the state. Despite the locals reaching out to help the returnees with all essential items, the poor health system and the lack of infrastructure and other necessities in the state and the inclement weather added to their woes and struggles.

The two returnees after completing 14-day period of quarantine at the Jessami Quarantine Centre, where they were kept since May 29, had returned to their village for the second phase of quarantine at the village level at Razai Khullen Quarantine Centre on June 13 without getting their test results. However, when their test results came and were found positive for COVID-19, the road was damaged owing to the incessant rain and the two patients had to walk till Razai Khunou where the ambulance was waiting for them. The two are now being kept at Imphal for further treatment, Zimik added.

Headman of Razai Khullen, VS Mishivam has appealed to the concern authority to kindly look into the pathetic condition of the road. He stated that the road is not motorable especially during monsoon. The said PMGSY road was constructed by HN Company in 2015 with a maintenance for five years which had ended on January 26, 2020.

Amid the harsh realities, apart from the returnees, the frontline warriors, including district administrative officials, medical professionals, all health workers, security personnel, volunteers and drivers are facing a tough battle not only against the coronavirus, but also the system and nature’s fury among others. The incessant rain caused heavy landslides and damaged many roads, making it difficult for to-and-fro transportation of returnees and COVID-19 patients. Some returnees from Delhi along with the medical team walked long stretch through the night drenched in the rain to reach their hometown in Tamenglong as the road was damaged by heavy landslides. On several occasions, those travelling, including returnees and the medical team, had to push and pull the vehicles through the slushy road while some waded through the flooded roads. The stories are many.

The solace for all those sufferings during this tough times of COVID-19 remains in the community support for each other apart from the help from the government. The diverse communities of the state coming together during these grim days and the large-scale community participation, help and donation in an effort to help tide over the situation is remarkable.