A plastic-free planet should not be only for the privileged, but should also provide solutions and alternatives for many who depend upon this cheap, light and accessible material. 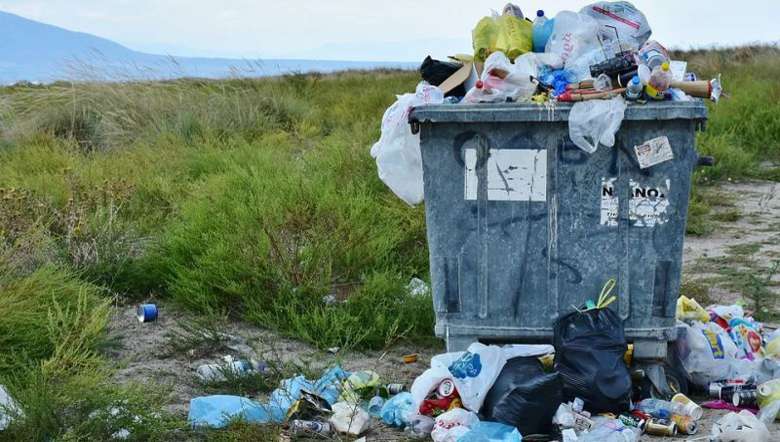 Mankind has suffered a lot from COVID-19 first and second waves and experts also predict for an inevitable third wave. Due to the pandemic, the delayed summer Olympic 2020 is beginning on July 23 at Tokyo. My perspective in this biggest sports event of the world is to see the dedicated spirit of waste and plastic management by the Japanese as they have shown at Rostov-on-Don stadium on the July 2, 2018 World Cup while their country lost 3-2 to Belgium. Waste management or plastic free is the moral value and political will. Virtually, every piece of plastic that has been made will exist on earth in any shape or form for the next hundreds of years.

Though Bangladesh being the world’s first country to ban plastic bags since 2002, the Manipur government banned the use of polythene carry bags of above 50 microns thickness since 2018 but the real actions are yet to be accomplished. Thus most of our nullahs and rivers like the Nambul have started to change their dresses with the discarded plastics. The true campaign for plastic bag free should start from units, from me, to my family and neighbors and then to our locality and ultimately the state.

Plastic is omnipresent, from food packaging to our super computers, from educational equipment to life-saving medical innovations, from housing to clothing etc. Thus, nowadays, we use plastic products for 24X7.

International plastic bag free day has been celebrated on July 3 since 2016. This day reminds us that every action we take and every bag we dispose of, affects the lives of everyone on the earth, marine life, animal life and nature including the future generations. It is all about promoting environmental conservation by encouraging us for more biodegradable and eco-friendly alternatives.

If we can observe it today, then why cannot we follow it for the rest of the 365 days also? One of the easiest activities for this day is collecting and properly dumping all plastic garbage from markets, roadways, beaches and rivers wherever we find it.

The major impact of plastic bags on the environment is it takes too many years to decompose. In addition, toxic substances and micro plastic are released into the environment when plastic bags perish under sunlight and, if plastic bags are burnt, they release dioxins, furans, mercury and BPAs into the air causing ambient air pollution. The other detrimental environmental effect includes the marine animals, pollution of soil, air, water, blockage of channels, rivers, streams, and landscape disfigurement which we have seen in most of the hill states like Manipur.

The name ‘plastic’, comes from the Greek plastikos, meaning capable of being molded. Alexander Parkes was the first man to invent plastic in 1856 and the real plastic came in 1907, when Leo Baekeland invented Bakelite. Before the invention, the substances that largely used were pottery clays and glasses.

Negligence is the main cause. In fact, it is estimated that 80 per cent of marine litter comes from household waste, dumped in landfills or abandoned in nature which is carried by the winds, pushed by the rains into sewers, streams, rivers, and finally in the oceans. This pollution affects wildlife and habitat, and on human health.

The plastic debris contains harmful compounds that can be chemically transferred to organisms during ingestion. Some of these molecules are potentially toxic and can accumulate in the body. Besides, plastic bags also affect the growth of crops, by hindering the process of photosynthesis in agricultural fields.

The marine ecosystem in particular is suffering immensely as a result of plastic pollution. Already the marine acidity is expected to increase by 150 per cent in 2100. With such over acidification, all the sea creatures more importantly, the plankton which produces 65 per cent of the earth’s oxygen is on the brink of extinction. Presently, 31 species of marine mammals and over 100 species of sea birds have ingested plastic artifacts. Over 250 species have become entangled in plastic, whilst entanglement of sea lion and seal species has increased by eight per cent. Thus, plastic is killing millions of marine animals every year.

Every half an hour a seagrass meadow the size of a football pitch is destroyed, and the destruction is estimated to release around 299 million tons of carbon every year. Surprisingly, the total debris of plastic litter in the ocean today is more than the total number of visible creatures in the ocean water. Ocean absorbs around a third of the CO2 we pump out, and has taken in over a nuclear bomb’s worth of heat every second for the past 150 years. It underpins our climate system and keeps our planet habitable: It is the blue beating heart of our planet.

Plastic pollution is sadly a global catastrophe. Most of us wherever we visit the retail groceries, we bring back plastic bags stuffed with goodies. Then, when we arrive home, we remove and abandon them. The average time that a plastic bag is used for is only 12 minutes. But we never think what will happen with those plastic bags and how many times it happened in our lifetime?

We have produced 8.3 billion metric tons of plastic since the 1950s and only 12 per cent of them are recycled. 75 per cent of beach litter worldwide is plastic. Ninety per cent of plastic polluting our oceans is carried by the rivers. Believe it or not, this year only the world will consume 5 trillion plastic bags – that’s 1,60,000 plastic bags per second. If these plastics are put one after another they would go around the world 7 times for every hour and can occupy half of India.

Humans are also not left out. At present, an average person eats 74,000 harmful microplastics each year which is equivalent to 2.5 kg in a decade. Moreover 4.34 plastic particles are found in every liter of our daily drinking water.This has led to adverse health problems.

Production of plastic consumes eight per cent of the earth’s petroleum products. Only for plastic bottles, 17 million barrels of petroleum are required annually. 162 gm of oil and 7 litres of water are required to produce a single 1 litre water bottle. On average it takes 500- 3000 years to disintegrate the plastics that also after producing dangerous toxic gases during their decomposition stage to the environment.

Trapped plastic bags along coastlines produce an environmental challenge with detrimental effects on tourism. The problem has reached such proportions that what was once clean sand on the beaches of the world are now found to be composites of natural substances and plastic garbage.

We know plastic is plaguing our planet which has changed our cultures, job sectors, and perceptions and thus we need a sustainable solution. A plastic-free planet should not be only for the privileged, but should also provide solutions and alternatives for many who depend upon this cheap, light and accessible material. It is important that to become plastic-free, we do not suddenly turn to unsustainable or damaging alternatives.

India’s plastic consumption is one of the highest in the world. Plastic bag litter has become an environmental nuisance, which if not treated effectively can be quite devastating. Currently in India, the problem is, there is only one national level plastic bag ban policy. Other cities and states discourage the use of plastic bags with the ban but the enforcement is in question. That’s one of the prime reasons that our country is suffering from a massive pile up of plastic bags. But, we know, the country pledged to eliminate single use plastics by 2022. Therefore, states also should amend their own stringent legislations to ban the plastic bags.

The plastic bag affects our food chain; the reason being plastic cannot be digested. What’s worse, that same plastic bag can also kill numerous other animals – when an animal dies its body will decompose but the bag will not. It will make its way back into the environment again, and pose a threat to another animal. It is vicious to all living beings.

Awareness is another critical tool for behavioral improvement on using plastic bags. Other actions include taking part in neighborhood clean-up efforts, voluntarily recycling of household waste, avoiding littering and illegal dumping of plastic bags. The best solution to address plastic pollution is to change our mindsets to stop the throwaway culture with habits of reduce, reuse, recycle and educate.

Finding other ways such as to reuse the plastic waste for black topping and making of useful domestic products etc. are other encouraging options. Another good hopeis therecently found wax moth caterpillars that breed and bait on plastics raising the hopes that the creature could manage the global problem of polyethylene plastic waste accumulated in landfills and oceans.

Therefore with the coming of this day, let’s plant abundant trees during this Van Mahotsav festival and right from villages to cities, gram panchayats and everywhere, let’s try to be a zero-plastic place so that our country can live a waste free lifestyle in days to come.