IFP Editorial: If Chief Minister N Biren Singh is able to impress upon the Central leadership to induct one in the Union ministry, it might do wonders in the impending assembly elections next year. 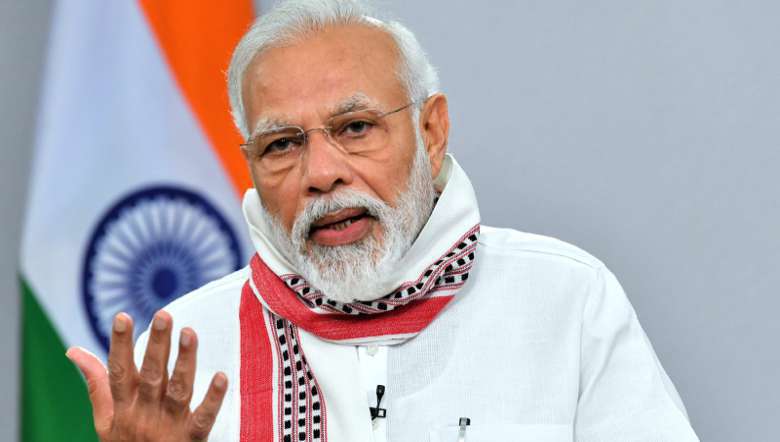 There has been a talk for quite some time that Prime Minister Narendra Modi may undertake a major reshuffle of his cabinet ahead of the Assembly elections scheduled for next year and an announcement to this effect may come anytime soon. There are several vacant positions in the cabinet with several ministers handling additional charges of different ministries. After the passing of Lok Janshakti Party founder Ram Vilas Paswan and BJP’s Suresh Angadi, there is a vacancy each of a cabinet minister and a minister of state. Two ministerial posts were also vacated by representatives of Shiromani Akali Dal and Shiv Sena who exited the National Democratic Alliance.

Currently, many ministers are burdened with several portfolios. For example, Railways Minister Piyush Goyal has Commerce and Industry, and Food and Consumer Affairs, and Agriculture Minister Narendra Singh Tomar also manages Rural Development. There are 53 ministers at present and the Cabinet has space for 28 new faces. While there has been no formal announcement of any such exercise yet, speculations are rife with names of likely candidates who may find a place in a rejigged cabinet. Several reports have claimed that PM Modi may opt for expanding his cabinet very soon and he is likely to keep in mind the assembly elections due next year in states like Uttar Pradesh, Goa, Himachal Pradesh, Uttarakhand, Punjab, Manipur and Gujarat. His eyes will also be on the 2024 general elections and some faces with mass appeal may also find a place in his cabinet. Leaders from Uttarakhand, Maharashtra, West Bengal, Rajasthan and Haryana may also find a place in the new cabinet.

One name which has been doing rounds for a while now is former Congressman and now BJP Rajya Sabha MP Jyotiraditya Scindia. With Scindia looking for responsibility beyond the state, as reported, he might get a cabinet berth. Another face in waiting is the former union minister as well as former Assam CM Sarbananda Sonowal. Since he vacated the CM post for Himanta Biswa Sarma, it is most likely that he will return to the Centre with a new responsibility. Maharashtra leader Narayan Rane and Bhupendra Yadav are also in the list of probable faces. With the Uttar Pradesh election being the most crucial and immediate, faces like Varun Gandhi, Ramshankar Katheria, Anil Jain, Rita Bahuguna Joshi and Zafar Islam may find a place in the new cabinet. The BJP’s allies from states may also find a place in the cabinet with an eye on the 2024 Lok Sabha polls. All these are speculations in the national media. Their eyes seldom go beyond the big states which have sizable representations in the Parliament and in the northeast their radar stops at Assam, the largest state in the region.

Manipur is also one of the states going to polls early next year and the state has three elected MPs and a nominated MP in the person of world acclaimed boxer Mary Kom. Of the three elected MPs, two are from BJP and another from NDA ally Naga Peoples Front.

So far, Manipur has had only two representatives in the Union Council of Ministers. The first was Rajkumar Jaichandra Singh who joined the Rajiv Gandhi government in 1985 as a minister of state holding portfolios like Youth Affairs and Sports and later on Chemicals and Petrochemicals. The second representation came in 1999 when Thounaojam Chaoba Singh joined the government led by Atal Behari Vajpayee as a minister of state. Both of them were leaders in their own right. While Jaichandra had defended former Prime Minister Indira Gandhi at the Trikha Commission over Emergency excesses in Manipur, Th Chaoba was the lone representative from Manipur State Congress Party. Now, we have noted academician and environmentalist RK Ranjan representing Inner Manipur in the Lok Sabha and titular King of Manipur Leishemba Sanajaoba in the Rajya Sabha.

If Chief Minister N Biren Singh is able to impress upon the Central leadership to induct one in the Union ministry, it might do wonders in the impending assembly elections next year.