The All Manipur Mid Day Meal (MDM) Workers' Union (AMMDMWU) stated that though schools are closed due to the pandemic, the MDM workers distributed ration to the houses of students. 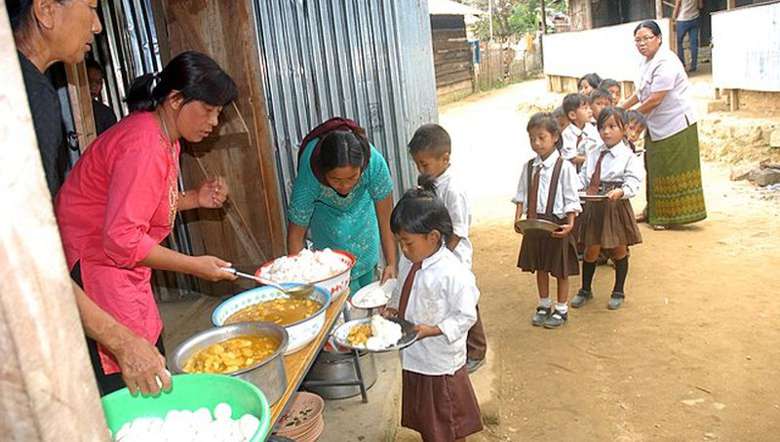 The All Manipur Mid Day Meal (MDM) Workers' Union (AMMDMWU) on Friday highlighted their demands and announced statewide protest demonstrations on July 11 at 11 am.

The union made the announcement in support of the nationwide protest called by the MDM Workers’ Federation of India in view of the grievances faced by the MDM workers during the Covid pandemic, stated a release issued by AMMDMWU's president S Mainou Singh and its general secretary Arambam Thoi Chanu.

The AMMDMWU stated that though schools are closed due to the pandemic, the MDM workers distributed ration to the houses of students. Most of the schools' forced labour was taken from the workers, which is still going on and their wages are not paid for many months, it added.

Pointing out that on account of the NEP, schools with fewer children are being closed, it said as a result many MDM workers will lose their jobs while poor children will be deprived of education.

The government had issued a circular that the cost of cooking will be transferred to the account of children or their parents, which indicates that the government is likely to wind up the scheme, the AMMDMWU said.

Such a move of the government has caused uncertainty of jobs of 25 lakh MDM workers in the country, including 7,000 from Manipur, the union stated.

Many have lost their lives and many are suffering during this pandemic, it said, adding that "the conditions through which we have passed during these days is only due to the inhuman and insensitive behaviour of this government and the system."

"To serve the interest of big corporations, the government has amended the labour laws and brought four labour codes. Whatever rights were there for the workers, have all been abrogated and will bring slavery for the workers," it added.

The reasons for the union’s protest include 10 demands:

1. Vaccination of all MDM workers on priority basis

2. Distribution of free10 kg rice to each family members of the MDM workers every month

3. Stop efforts to dismantle the mid-day meal scheme through DBT

5. There should be no retrenchment till pension is provided and the retrenched workers must be reinstated immediately

6. All children (including children of migrant laborers) should be brought under the purview of MDM Scheme and for this more nutritious material should be prepared and distributed

7. No privatisation of MDM Scheme in any form

8. Central kitchens should be stopped

9. Prohibit privatisation of public sector units and services, including education

10. Repeal of the four anti-labour codes and all three anti-farmer laws.