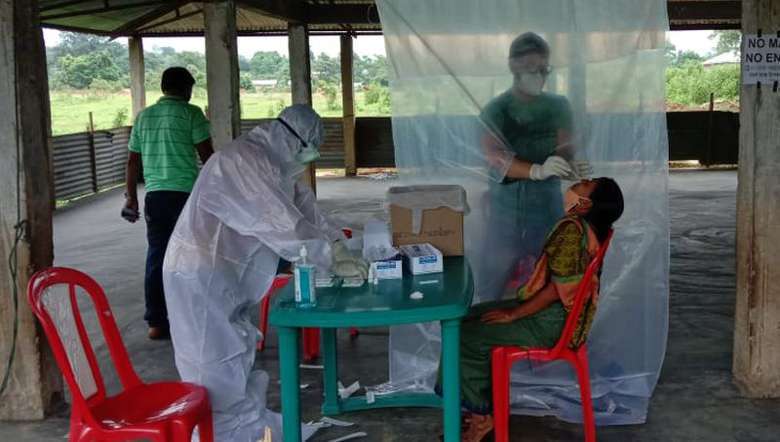 The Manipur Health department on Friday informed that the state has reported 69 new cases of the highly transmissible Delta Variant of COVID-19.

On June 18, Manipur had reported 18 cases of the Delta Variant. Chief Minister N Biren Singh had said that 20 samples were sent to Hyderabad from Manipur for testing, of which 18 were found positive for the Delta Variant.

"Today, IDSP Manipur has reported that nasopharyngeal swabs collected from 69 individuals have been confirmed as Delta Variant positive," the state health department said in a statement.

Meanwhile, Manipur also recorded 656 new COVID-19 cases, taking the state's COVID-19 caseload to 70,954, according to the latest updates from the state health department.

As per the updates, 4,817 test results were received on Friday, of which 656 were found positive for COVID-19. The cumulative number of test results received so as of Friday is 9,11,276, it stated.

Imphal West continued to report the highest number of daily COVID-19 cases at 212, followed by Imphal East at 101 and Bishnupur at 101. The other new COVID-19 positive cases included 73 from Thoubal, 60 from Churachandpur, 53 from Kakching, 12 from Chandel, nine from Pherzawl, seven from Senapati, six from Kangpokpi, five from Tengoupal, two from Noney, and one each from Kamjong, Jiribam and Tamenglong. Five new cases were from the Central Armed Police Force (CAPF), a release issued by the COVID-19 Common Control Room stated.