Technological leapfrogging into future of mobility in India

To retain its position as a market leader and grow in the global markets, India must embrace the shift towards electric 2 wheelers (E-2W). 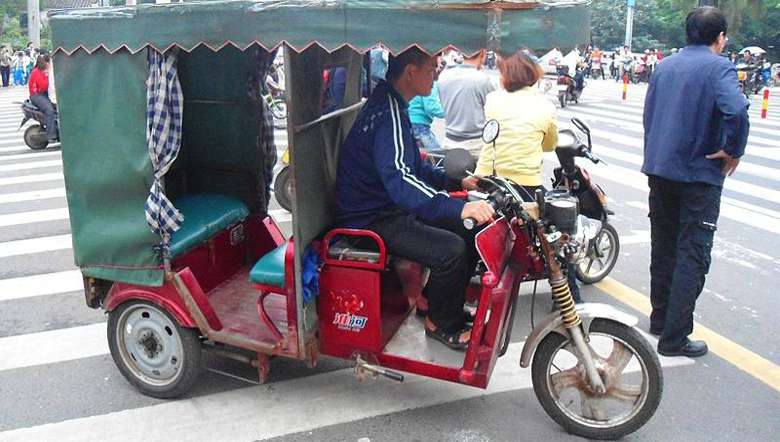 Chetak, Spectra, Bullet, Yezdi, Luna, Rajdoot – these names have been an integral part of Indian households for decades. From the mountainous terrain of Himachal Pradesh, to the lush green backwaters of Kerala, the  all-purpose two wheeler has been an omnipresent cultural symbol. An easy and quick mode of commute, facilitating social interactions - it has been the quintessential family  vehicle of India through the 80s and 90s. At the turn of the millennium, a two wheeler gradually transformed into an agent of expressing individual freedom by girls and boys alike – depicting an image of a bright, savvy and upward mobile country. The recent announcement by Ola to inaugurate the world’s largest e-scooter manufacturing  facility in  Krishnagiri district of Tamil Nadu, aptly resonates with India’s sentiment towards two wheelers over the years.

The Indian mobility landscape has been dominated by two wheelers which constitute nearly 80 per cent of the vehicle sales. At the same time, India is also the largest manufacturer and one of the largest exporters of two wheelers in the world.

In this rapidly changing world, transformation is most evident in the transportation and mobility ecosystems. India is set to play a pivotal role in driving global disruption in the mobility sector.  The traditional gas-guzzling motor vehicles are making way for shared, connected, and zero-emission electric mobility. The recent remodeling of FAME II is a landmark step towards forging an affordable, accessible, and equitable future of transportation thus enabling ease of living and increasing levels of productivity. The relevance of developments in the mobility sector has been recognised by  IIT-Delhi which launched a two year M.Tech program in electric mobility. Two wheelers and three wheelers are going to be the torchbearers of early stage electric vehicle adoption in India and hence greater emphasis has been laid on their electrification under the revamped FAME II.

On the  Ahmedabad BRTS, one of the best rapid transit systems in India commuters can now avail rides in zero emission electric buses called Eco Life buses. Recently, the city received 50 new electric buses from JBM Auto along with a state of the art charging infrastructure to enable a green transit. Just three hours away from Ahmedabad, India’s first electric vehicles only city is being developed in Kevadia. Similar to Gujarat, close to 18 states are in the front seat to drive the transformative mobility, and have come up with state level EV policies to further assist the E-mobility ecosystem. Cycle rickshaws, auto rickshaws, small and large buses all constitute the  versatile and vibrant landscape of India’s public transport system. Electrification of these will enable a bottoms up switch towards electric mobility with masses opting for these sustainable modes of commute. Energy Efficiency Services Limited(EESL) has been identified as a key driver for increasing uptake and will procure 3 Lakh high quality electric 3 wheelers for multiple user segments and will target 4-million public transport users across nine cities.

Public transportation will prove to be a critical catalyst in India’s urbanisation trajectory. A few years ago, some college students in the city of Pune began to ideate on transport solutions for their classmates who could not afford cabs. The result of their brainstorming was an OEM called E-Motorad which  manufactures e-cycles for commuters. Their cycles offer an environment friendly solution for daily commute and are used across 58 countries now.

The rate of urbanisation is slated to grow exponentially with 17 Indian cities set to feature in the world’s top 20 fastest growing cities by 2035. Indian cities are also grappling with the monumental challenge of air pollution, one of the biggest public health emergencies of our times. This creates a huge opportunity to build public transportation systems that are cutting-edge, clean, and convenient to move people within cities in a cost efficient and environment friendly manner. Cities, towns and villages will soon reap benefits of innovative low-cost Electric Vehicle (EV) charge points that can accelerate the adoption of Electric 2-wheelers and 3-wheelers. A forthcoming Indian Standard will allow a rapid scaling up of EV charging infrastructure that is much needed in the country. A target price of less than Rs. 3500 ($50) for a smart AC charge point operated with a smartphone, will make a global breakthrough in affordable EV charging infrastructure.

India has a rich history of shared commute and public transport with many of these becoming iconic in popular culture– the trams of Kolkata, the local trains of Mumbai and the more recent Delhi metro rail. The behavioural preference of Indian commuters for public transport and shared mobility will play a vital role in the scaling up of electric vehicles. In the revamped FAME II, the focus is on achieving maximum electrification for the cities of India viz. Mumbai, Delhi, Bengaluru, Hyderabad, Ahmedabad, Chennai, Kolkata, Surat, and Pune. This will not only maximise electrification of e-buses at scale but also provide a blueprint for other cities to replicate.

Indian cities have seen a huge proliferation of three wheelers as these provide affordable last-mile and point-to-point connectivity. These also generate livelihood for many. There are more than 20 Lakh electric rickshaws running on Indian roads ferrying more than 6 crore people every day. The mass procurement of E-3W will bring down the prices drastically with benefits reaching even remote corners of India.

In October 2013, the prestigious IIT Madras saw the return of two alumni who decided to develop a lithium-ion battery pack. The duo went on to create Ather S340, India’s first smart electric scooter. Eight years later Ather Energy is manufacturing over hundred smart electric scooters daily and has been one of the first few firms to implement the revamped provisions.  Under the new FAME II regulations, the subsidy for electric 2 wheelers has been increased to Rs. 15,000/KWH from Rs 10,000/ KWH. At the same time, the cap on incentives has been raised to 40 per cent of the price from 20 per cent earlier.

To retain its position as a market leader and grow in the global markets, India must embrace the shift towards electric 2 wheelers (E-2W). The E-2W are the lowest hanging fruit for electrification, as this segment has a lower battery size and lower automation & power electronics which makes them easier to manufacture. As mentioned earlier, recent initiatives by the industry like OLA’s plans to set up a mega-factory to produce more than 10 million Electric vehicles a year from 2022, with an investment of $330 million are significant steps forward in this direction. Also, the impact of recent changes in FAME II  is already being seen on the ground, with Revolt motors selling 50 crores worth of bikes in less than 2 hours. Switching to smart electric mobility will also reduce India’s energy dependency on other nations. The E-2W success story will, undoubtedly propel India towards self reliance and make it the export hub of the world.

The growth of electric vehicles will also have cascading effects on different sectors of the economy with battery storage being one of the key areas. Battery forms the backbone of EV constituting 40-50 per cent of the cost of EV. India requires nearly 1200 GWh of batteries for usage in EVs, consumer electronics, and storage. Recently, the Government of India has also launched the Production Linked Incentive (PLI) scheme for manufacturing Advanced Cell Chemistry(ACC) batteries with an outlay of Rs. 31,600 crore till 2030. The recent remodeling of FAME II coupled with the PLI scheme will provide the initial thrust for the uptake of the battery ecosystem in the country.

The COVID-19 pandemic has pushed the world to the cusp of a revolution with growing consciousness towards a zero waste sustainable lifestyle. India is well positioned to drive and lead the shift to zero emission modes of commute. The recent remodelling of the FAME II scheme will provide a strong impetus to achieve this target. Across India, these incentives will unlock a future of clean mobility, enrich India’s transportation system and leave an indelible imprint on the way Indians choose to move.

The author is CEO, NITI Aayog