Milkha Singh - The teacher of life

If Indians truly love and respect Milkha Singh, then they should thwart the communal antics of certain camps so that no other innocent boy/girl has to fly in darkness towards uncertainty with homeland and deceased relations left behind permanently. 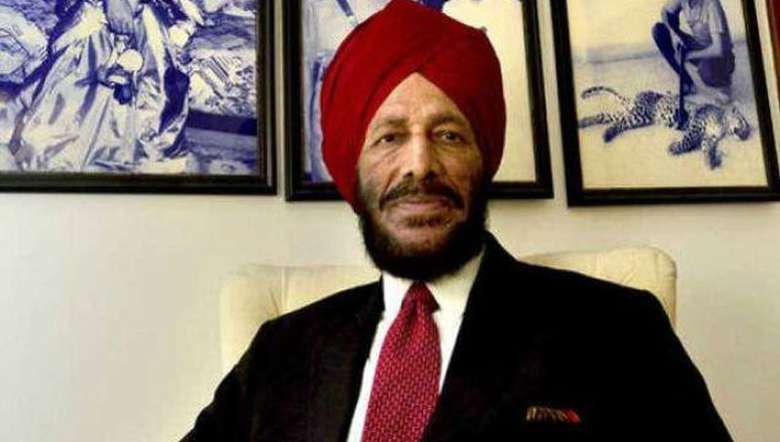 Natural death of any one of the parents or siblings is unfortunate enough. Loss of residence due to natural disasters is also nothing but calamity enough. Getting displaced from the homeland, as climate or political refugees, remains the shock of life.

But when lust for blood annihilate both parents and multiple siblings at one go with the only Survivor running out with life by forsaking home and homeland for ever towards an unknown place full of uncertainty ; then it is not simply unfortunate calamity or shock --- it is called Milkha Singh!

Equally great or greater athletes were present before Milkha, was present during Milkha and will be present after Milkha (in terms of success); yet the Flying Sikh is in a league of his own!

Yes, is --- No was.  After all, Milkha Singh (ultimately landing in a refugee camp in Delhi) would not only remain a source of inspiration to fight back all alone against all adversities of life ranging from economic to psychological and achieve success; he remained and still remaims a constant reminder of what we should not do as human beings.

Milkha Singh was a living victim of partition and meaningless communal arson who had to witness the horror of hatred right in front of his eyes and had to bear with the wounds of such a carnage throughout his life. Just like him, innumerable countless innocents had to die, see the death of their own, get displaced and land upon streets or refugee camps in alien surroundings in the aftermath of Partition in Punjab and Bengal! What was their "sin"! Just taking birth in the "wrong" place at the "wrong" time! How scandalously can we divide the world of God in terms of religion, race or country; treat the "marked territory" as my "own" and thereafter expel the "others" or show them their place right "below" with no demands or rights! This show of demographic dominance gets witnessed almost throughout the globe and most unfortunately in India also without taking any lesson from the gory history of partition which landed such a tragic blow upon millions of nameless faceless counterparts of Milkha Singh!

While the Constitution of the newly independent country with enlightened humanitarians like Jawaharlal Nehru, BR Ambedkar at the helm worked for a secular society where all citizens of the country would be treated as equal irrespective of their demographic profiles; it arrives as a great shock how certain parties, claiming to be "national", can openly project itself as "saviour" of particular religious groups and spew vitriol against fellow citizens of "other" religious groups!

As if that is not enough, how bizarrely can leaders of a "responsible" political party continuously play with communal fire by constantly invoking the Partition of Bengal/India in a negative sense so as to communally polarise the society in order to "retain" India and "conquer" their "Ultimate Frontier"  Bengal!

It is very easy to blame Muslims, Muslim League, MA Jinnah, HS Suhrawardy for the Partition of India and Bengal. But also there exist many who would accuse Hindus, Hindu Mahasabha, Congress, MK Gandhi, Jawaharlal Nehru and even Shyama Prasad Mookerjee for the same. And of course there exists the usual scapegoat --- British and Lord Mountbatten!
So instead of pin-pointing each other, it is high time the hard reality behind the partition needs to be acknowledged. And that hard reality is nothing but possession of poison in hearts and mindset. Yes, Partition of India actually happened only because of supreme intolerance and communal hatred which a large section of Hindus and Muslims possessed in their hearts towards each other which the vested interests merely exploited and ensured the division. Had such fissure not existed, Partition would have been thwarted fair and square.

However, there lies no utility in crying over spilt milk. So the least that can be assured is learning lessons from history and bringing a sense of closure to an irretrievable fact and moving on in life.  And the history of gory partition with killings, rapes, mass displacement, loss of home and livelihood have transmitted the message in crystal-clear terms what dangerous consequences are inevitable if children of the Almighty divide themselves into man-made religion and start dominating over or hating each other ! So it remains to the huge credit of leaders like Nehru and Bidhan Chandra Roy (to name a few) for ensuring a march of India and West Bengal in progressive front through compensation and rehabilitation of refugees and working towards development vide "modern temples" like industries and dams instead of turning against fellow Muslim citizens or driving them out towards newly-created Pakistan !

After all fanatic elements exist in every community of the globe since generations and so for every Muslim persecutor against a helpless Hindu during the pre as well as post partition period; there lied one Hindu persecutor against a vulnerable Muslim innocent! So blaming any particular community for the Partition riots and persecution is not only foolish, but also outright criminal.

Yet vested interests are indulging in that very criminality by reigniting communalism by drawing "inspiration" from certain rabid "ideology"  which relentlessly plays the "trump card" of Islamophobia to meet their narrow parochial and electoral interests ! After winning over large parts of India through the "religious" card ; they were hell-bent in "occupying" Bengal in 2021 and to ensure it they had exploited every hatred-card in their sleeves right from dubbing indigenous Bengali Muslims as "Pakistanis" to addressing Mamata Banerjee as "Begam"! But Bengalis, well bred on the ethos of Rabindranath-Nazrul, refused to fall for such nasty communal tricks and through utter rejection of that "ideology" in the hustings, sent a strong message that post-Partition Bengal is made of different mettle!

Yet, instead of taking lesson from such an electoral thrashing, they are trying to make renewed attempts to sow seeds of communal division in the state by exploiting the tragedy of partition with a clear suggestion that Muslims were "solely responsible" for it and they are now in a "mission to marginalise Hindus in West Bengal" too ! Indeed no condemnation is enough for such an ecosystem, constantly indulging in such nefarious activities!

Following the collapse of Hitler, the revived Germany has forbidden not only the salute slogans of the Nazis along with Swastika; the nation constantly discourages excessive show of national flags and anthems as well as all the mayhem and Jew-carnage had arisen in the name of "Nationalism" only! This is called taking lessons from history ! In contrast, we are not only witnessing a brute exhibition of religious muscle-flexing; even 1947 is being invoked with a very biased tone to revive or boost hatred against a particular community! Indeed nothing can be more tragic than this mindset.

Milkha Singh obviously couldn't forget till the last day of life how his family got wiped off from the face of the earth. But he didn't hold any grudge against Pakistan and Muslims for it. He was enlightened enough to know that he was simply "victim of the times" with communal-minded butchers calling the shots. So he visited Pakistan in future and also harbored a close bond with the country. No wonder why Pakistan also mourned the demise of Milkha Singh --- the Legend. This is called a sense of closure and moving on in life.

If Indians truly love and respect Milkha Singh, then they should thwart the communal antics of certain camps so that no other innocent boy/girl has to fly in darkness towards uncertainty with homeland and deceased relations left behind permanently.

(The view expressed are the writer's own)