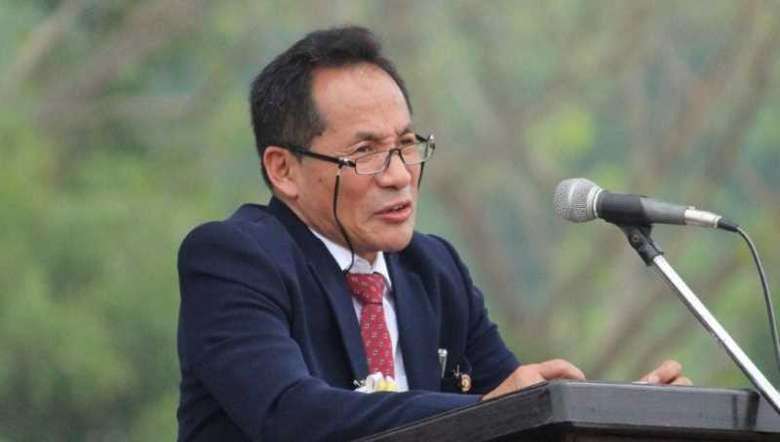 Toshi Wungtung, sitting Member of Nagaland Legislative Assembly, passed away on Thursday due to an illness. He was 56. The Nagaland government announced with "profound sorrow" the demise of Advisor, Information & Public Relations, SCERT, Village Guards, Toshi Wungtung  in New Delhi on Thursday.

A state funeral will be accorded July 3 at 8 am at his residence at Purana Bazar in Dimapur to pay last respect and homage to Toshi Wungtung.

In a condolence message to his wife Lipokla, Commissioner & Secretary, IPR, V. Maria Yanthan, IAS and Director, IPR. Er. Z. Tokishe Sema recalled Late Toshi Wungtung as a visionary and a remarkable political leader, who served with utmost dedication and compassion, and dedicated his life for the welfare of the people.

The officers and staff of the Department of Information & Public Relations remember Late Toshi Wungtung as a warm personality who was highly respected and regarded by all of us. He shared a good rapport with all, and was ever willing to extend his ideas, help and support for the progress of the department. his death is an irreplaceable loss to the society in general and to the Department in particular, and he will be remembered for all his contributions.

Late Toshi Wungtung was also an activist and a scholar endowed with good oratory skills. He was an active student leader who played a pivotal role in various students’ organizations in his earlier years. He has also left behind an indelible mark in the field of research, and being a storehouse of knowledge, he carried out research works on social complexities including the current political and economic issues confronting the affairs of the State of Nagaland.

At this hour of loss and grief, all officers and staff of the department share the bereavement with late Toshi Wungtung’s family and loved ones and pray that the Almighty may grant solace for the pain and sorrow at this hour.